John O. Brennan, CIA Director, has just offered an apology to the leaders of the Senate Intelligence Committee after an investigation revealed that the CIA employees searched computers used by committee staff to review classified files about interrogations of prisoners.

This doesn’t come as a shock, because the CIA and the SIC have been accusing each other for crimes like these for a long time. The last case happened earlier this year when Brennan and senior lawmakers had a public and heated feud.

The center of the dispute was a computer system that the CIA used in a secret office in Northern Virginia. The committee accused the agency of using harsh interrogation measures in secret prisons overseas that were established after terrorist attacks on the World Trade Centers in 2001. 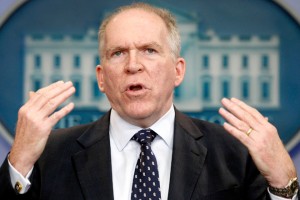 CIA released a statement yesterday in which it acknowledged that CIA employees had indeed searched some parts of the computer network that were only supposed to be available to committee investigators.

The investigation performed by the SIC revealed the use of harsh interrogation measures and misleading of Congress members and those of the executive branch. The results of the investigations, which are thought to be highly critical of the CIA are expected to be made public in a couple of weeks.

Brennan apologized to committee leaders, after briefing them and he ordered the creation of an internal personnel board to review agency employees’ conduct and carry out any potential disciplinary measures.

This admission from the CIA is in sharp contrast to the position that Brennan took in March when the dispute was first made public. He was defiant and claimed that lawmakers would regret their accusations:

When the facts come out on this, I think a lot of people who are claiming that there has been this tremendous sort of spying and monitoring and hacking will be proved wrong.

Brennan’s defiant response came in return of accusations from Senator Dianne Feinstein, who is the chairman of the Senate Intelligence Committee.