You are here: Home / National News / CDC Says the Next Pandemic Could Be Antibiotic Resistance

The Center for Disease Control and Prevention (CDC) has a way of inflicting panic in the population and today, they’ve managed to do it again. Director of CDC, Tom Frieden, said at the National Press Club luncheon that the next big thing, pandemic-wise, is going to be antibiotic resistance that transforms normal disease-causing bacteria into a disease that cannot be cure or controlled.

He went on further to say:

The attention brought to the growing occurrence of bacteria that is antibiotic resistant is something much needed in today’s society. Although doctors warn against self-medication, a lot of people take drugs without consulting a doctor. Taking the wrong antibiotics or taking them for a short period of time can cure a disease, but they are more likely to do more harm than good.

The bacteria develop a resistance and modify itself; it mutates and ends up causing a new disease, different from the one it caused at first, the one that was treated. 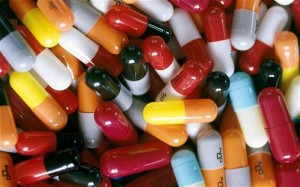 The CDC is attempting to fight this spread of bacteria that is resistant to antibiotics by isolating their existence in hospitals. They plan to reduce the numbers by adopting stricter prevention methods and also tracking the infections.

Antibiotics have been used by people for the past 70 years. They are the medicine that has saved the most people, without them, things would be very different on our planet. Unfortunately, antibiotics also can cause bacteria to mutate and develop a resistance to the drugs. The CDC managed to calculate how much the antibiotic resistant bacteria are costing the U.S. and they came up with a shocking number: $ 20 million in health care expenditure.

Have you ever medicated yourself with antibiotics? Have you ever had any disease that was resistant to antibiotics? Are you worried about the antibiotic-resistant diseases causing the next global pandemic? Share your thoughts with us in the comment section below. We love hearing from our readers.