BuzzFeed is one of the most popular news websites on the Internet. Although there have been some comments regarding its latest posts, it continues to be a favorite pick for readers all over the world. On Friday, the online publication finally decided to dismiss one of its writers who has been repeatedly accused of plagiarism. Senior editors found 41 instances of “sentences or phrases copied word for word from other sites” through the 500 stories that the writer had written. 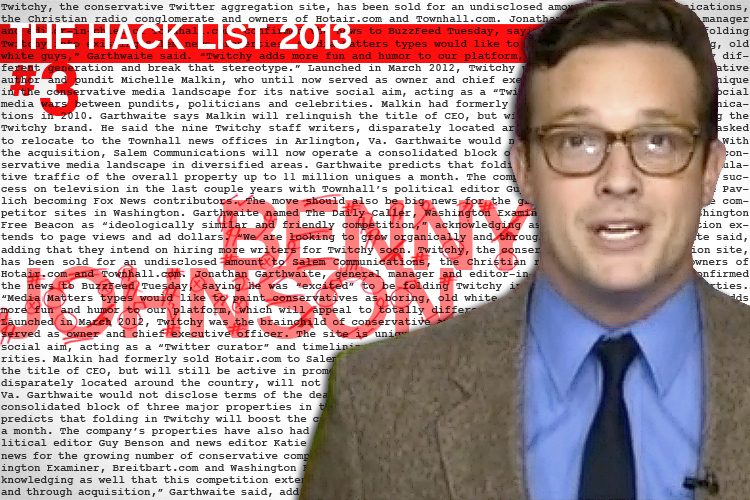 The writer who was let go is Benny Johnson, 28. He was responsible for the website’s viral politics stories, and he specialized on list-based articles regarding political news. Headlines from him include “15 Things to Avoid if you do not Want to Eat Horse Meat” & “The 17 Best Swag Presents Obama Has Received from Foreign Leaders”.

The Site’s editor in chief, Ben Smith, wrote an extensive apology which was posted on the website:

“Starting this Wednesday, Twitter users began pointing out instances in which a BuzzFeed writer, Benny Johnson, had lifted phrases and sentences from other websites.” – Ben Smith

At first, Mr. Johnson was question about his work, and Ben Smith tried to support him. However, after having reviewed his work they had no choice but to let him go. As a result of this situation, the editors corrected all the mistakes, and a note was posted for each of them. Buzzfeed treats plagiarism issues seriously and it thanks the community for pointing out the mistakes.

Since its inception, Buzzfeed has not held to traditional journalistic standards. It is trying to mix funny GIF articles with news that might appeal to the general public. At the moment it has “scores of aggressive reporters around the United States and the world”. They want to hold themselves to the high standards.

The website is trying to mix established journalists (among which we would like to mention Chris Hamby, a Pulitzer Prize winner for his investigative reporting with the Center for Public Integrity) with other writers that create lists and other articles that account for the bulk of the website’s traffic.

As far as Mr. Johnson’s work is concerned, it seems that most phrases have been plagiarized from major publications like The Hill, The Guardian and the U.S. News & World Report. Social media users also reported that Mr. Johnson had actually campaigned against others who plagiarized. He posted a tweet in which he said

“Repeat after me, Copying and pasting someone’s work is called ‘plagiarism'” – Mr. Johnson

How ironic, Mr. Johnson. On Saturday, after the news of his dismissal became viral, Mr. Johnson made an apology of his own. He wanted to tell the writers that were not properly attributed that he is sorry.