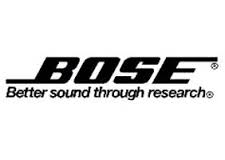 Amar Bose’s noise cancelling technology was allegedly improperly used by Beats Electronics and Bose Corp., the Framingham based company, has therefore filed a suit against them in federal court on Friday.

Beats Electronics is a high-end headphone company that is currently under Apple Inc.’s radar of future acquisitions (this is supposed to be part of a $3 billion transaction).

Beats Electronics is accused of patent-infringement by Bose. Bose explained that they are merely trying to protect its proprietary technology and that the company’s success depends substantially on it being able to not only establish and maintain but also protect these technologies by enforcing patent rights. Since Bose invests heavily in research and development, they take pride in their reputation on producing products that are superior due to innovative technology.

Their suit includes detailed histories of the noise cancelling technology, including notes and accounts by Amar Bose, founder of Bose Corp. The suit contains the very detailed explanation of how Amar Bose came up with this noise cancelling technology: while on a flight from Zurich to Boston in 1978, Dr. Bose was profoundly disappointed by the quality of sound that airline-supplied headphones offered. Compared to older pneumatic tube phones, he noticed that fidelity benefits differed and that cabin noises were clearly audible and that sound distortions would occur with volume increases intended to overcome the noise. It was on that flight that Dr. Bose came up with his initial concept and technology. His idea materialized into headphones that would not only reproduce music with high fidelity but that would also greatly reduce unwanted background noises. He immediately initiated a research program meant to solve this problem and his efforts soon turned into what is now known as “active noise reduction”.

In 2000, the military tested out this new technology first, when Bose came out with their “QuietComfort Acoustic Noise Cancelling Headphones”. Other models soon followed.

What the current suit claims is that Beats Electronics is using technology in their products that infringe on numerous Bose Corp. patents. Beats Electronics also manufacture their goods in China and according to Bose, they have already warned the company about patent violations in the past.

Furthermore, Bose Corp. is seeking to prevent Bose Electronics from importing headphones that allegedly violate Bose patents through this suit and FTC complaint.

In spite of the efforts to contact a Beats Electronics representative or spokesperson, no one could be reached for a comment related to this situation on Friday night.