You are here: Home / National News / American Man Sick with Ebola was Heading to the US

The man who died in Nigeria, was heading to the U.S. and was about to become patient zero in what would have been a global epidemic. His name was Patrick Sawyer and he was heading home to Minnesota from Nigeria, but unfortunately he died in the African country.

The Ebola victim was allowed to board the international flight, which is sparking some very heated debate about the security and safety in the African airports. The American citizen was heading home, to the United States of America.

Sawyer, a Liberian-born American citizen, used to work for the government of Liberia and at the time he became infected with the Ebola virus he was visiting his sister who was sick with Ebola. He started developing the symptoms while he was on the plane heading to Nigeria and fortunately, he was quarantined once the plane arrived in Lagos. Patrick Sawyer died on Friday. 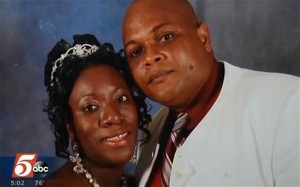 Decontee Sawyer (34) was the man’s wife and she was also originally from Liberia, which right now is at the heart of the Ebola outbreak. She declared that her husband was heading back to the US where he could have become Patient Zero in a North American epidemic that could potentially kill thousands if not more.

The couple married in Coon Rapid, Minnesota in 2008. Decontee came to America in 1991 and Patrick in the early 2000’s. Both had become US citizens.

Patrick Sawyer was in Liberia to care for his ill sister; the father of three did not know that she was infected with the deadly virus. Mr. Sawyer needed to take two flights to get from Liberia to Nigeria, where his sister was buried. The first flight took him from Monrovia to Lome (Togo) and there he boarded a plane to Lagos. As soon as he got off the plane, Sawyer collapsed.

The hospital where the 40 year-old man was treated have closed the hospital, First Consultants Hospital in Obalende. The hospital is in one of the busiest parts of the city that has a population of around 21 million people.

Ebola has an incubation period of up to 21 days and there is still fear that the passengers and crew who traveled on the same plane as Stewart could become infected.

Mrs Sawyer said that he had been planning to return home in time for two of his daughters’ birthdays.

I have three daughters who will never get to know their father. I don’t want any other families to go through this. Ebola has to stop. This can’t happen anymore. Patrick was coming here. What if he still wasn’t displaying symptoms yet and came? He could have brought Ebola here.

What are your thoughts on this story? What do you think is going to happen if and when Ebola enters the US? Drop us a line in the comment section below and tell us about what your think about this potential situation.