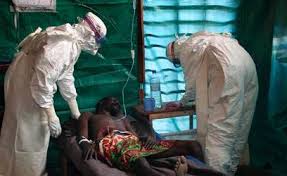 Ebola has been making the news in recent days not just because of the great number of cases spread over the three countries where its incidence is highest (Liberia, Guinea and Sierra Leone) but also because of protests involving Ebola treatment centers. On Sunday new information has come to light regarding the same topic, this time involving an American doctor that is working with Ebola patients.

Dr. Kent Brantly is an American doctor currently working in Liberia with Ebola patients. He is the medical director in charge of the Ebola management center in Monrovia.  According to recent information, the doctor has tested positive for the virus. Samaritan’s Purse has issued the news release in which Dr. Brantly’s results are being made public. He is being treated at a Monrovian hospital.

The 33 year old doctor has been with Samaritan’s Purse since October 2013 and has been stationed in Liberia as part of his post-residency program. Before this, he practiced as a family physician in Fort Worth, Texas, according to the aid organization’s spokeswoman Melissa Strickland.

Ebola is one of the most contagious viruses in the world and healthcare professionals seem to often be the ones who contract the disease due to their involvement and dedication for infected individuals. Doctor Brantly had put a lot of effort into creating and maintaining an isolation ward for patients and although the hospital is trying to be as prepared as possible for any situation, no circumstance is ideal.

There are photos portraying Brantly in synthetic white coveralls (which he would wear for several hours a day while interacting with patients infected with Ebola) working in Liberian hospitals.

Melissa Strickland explained that Brantly’s family (his wife and children) had been living together with him in Africa but that they were currently in the United States.

Family members are declining to offer information regarding the health status or any other types of comments related to the situation of the American doctor, said a woman who identified herself as Dr. Brantly’s mother (who answered the U.S. telephone listing for him).

According to the World Health Organization, the situation is particularly difficult in these poor African countries because poor health infrastructure can seriously hinder the efforts of health officials of managing the disease. Thus far, more than 672 lives have been lost to this deadly virus in several African countries since the initial outbreak began earlier this very year.