Dozens of leading HIV experts were feared dead after the Malaysian plane was shot down over Ukraine. Now experts fear that research on finding a cure or treatment could suffer.

It has been confirmed a couple of hours ago that Joep Lange was among the passengers of the MH17 flight that was downed by a missal over Ukraine. He had researched the disease for more than 30 years and was considered one of the best experts in the field. He was an advocate for access to affordable HIV and AIDS drugs for people with the infection in poor countries. He was also a professor of medicine at the Academic Medical Center at the University of Amsterdam.

Peter Piot, director of the London School of Hygiene and Tropical Medicine (who was also a former exec of UNAIDS) had this to say about Lange:

Global health and the AIDS response have lost one of their great leaders. Joep Lange was one of the most creative AIDS researchers, a humanist, and tireless organizer, dedicated to his patients and to defeating AIDS in the poorest countries. Professor Lange was a leading light in the field since the early days of HIV and worked unceasingly to widen access to antiretroviral medicines around the world. 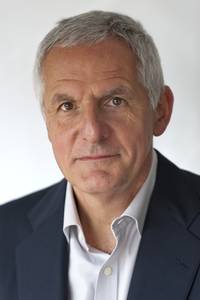 Lange also pioneered a combination of retroviral drugs that prevent transmission of the virus from mothers to their babies, which is one of the most amazing breakthroughs in AIDS history.

He was an activist, he was there from the beginning, from…when we were seeing young people dying very fast and no one knew why. He was a fighter for getting treatment to everyone who needed it and as early as possible to lower the spread of infection. His clinical contribution was enormous.

More than 100 people were heading to the AIDS 2014 conference in Melbourne, Australia and were in the Malaysian plane. The conference was supposed to start on Sunday and it expects around 12,000 participants, including former U.S. President Bill Clinton.

The Boeing 777 was en route to Kuala Lumpur from Amsterdam when it was shot down by a missile yesterday afternoon in an area where rebels have been fighting the Ukrainian government forces. The rebels are Moscow-backed and the missile is thought to have been provided to them by the Russian president, Vladimir Putin.

What are your thoughts on this tragedy? Drop us a line in the comment section below and let us know what you think about this.