Health experts have always recommended meditation for releasing stress and come out of depression. A new study has found some scientific evidence into it.

According to the scientists, mindfulness meditation is effective in multiple brain related activities like reducing stress and depression, improving attention, boosting cognitive performance and increasing grey matter density in the brain.

But the question that strikes to every would-be mediator is, “how much do I have to do?”

Scientists explain mindfulness is a mental practice that is used to focus attention on the present moment and simultaneously keeping the usual ‘chatter’ that’s going on in our heads away. This mental exercise also helps a person learn techniques to not get caught up in his or her thoughts.

Jon Kabat-Zinn, the founder of mindfulness-based stress reduction (MBSR) at UMass, calls mindfulness as paying attention, on purpose, to the present moment, curiously and non-judgementally.

It is noteworthy, mindfulness meditation is increasingly becoming popular among people who wish to improve their mental and physical health. 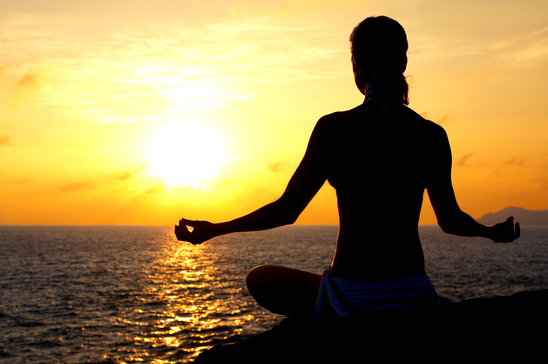 Creswell is the associate professor of psychology in the Dietrich College of Humanities and Social Sciences. His research team carried a three-day experiment on 66 healthy individuals aged 18-30 years old.

In order to find the effective duration for meditation, a team of researchers at Carnegie Mellon University carried a study and tried to find out whether low “doses” of mindfulness might have an effect on the stress response.

The participants were divided into two groups. First group of participants went through a brief mindfulness meditation training programme for 25 minutes for three consecutive days. They were asked to undergo breathing exercises so that they could monitor their breath and pay attention to their present moment experiences.

The second group carried similar experiment, i.e. three-day cognitive training programme, in which they were asked to critically analyse poetry in an effort to enhance problem-solving skills.

At last, both the groups were asked to complete stressful speech and maths tasks in front of stern-faced evaluators.

Every participant reported their stress levels in response to stressful speech and maths performance stress tasks. Their saliva samples were also collected for measurement of cortisol, commonly referred to as the stress hormone.

“When you initially learn mindfulness mediation practices, you have to cognitively work at it – especially during a stressful task. And, these active cognitive efforts may result in the task feeling less stressful, but they may also have physiological costs with higher cortisol production,” said Creswell.

The research was published in the journal Psychoneuroendocrinology.