You are here: Home / Technology / Windows Phone 8.1 Will Roll Out in July With App Folder-Creation Feature 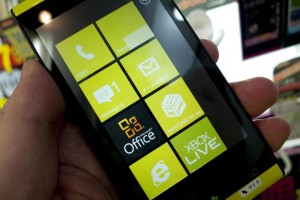 As you probably figured out by now, Microsoft may look like it lost the battle against other tech giants like Samsung or Apple, but it sure doesn’t waste any time in fighting for the market share it deserves.

If you are a Windows Phone user, it’s time for you to rejoice, as the much – anticipated, upgraded and marketed Windows Phone 8.1 will roll out sometimes in July. You probably know about the presentation back in April when Microsoft showcased the new Windows Phone 8.1 and revealed three smartphones to operate on this OS: Nokia Lumia 630, Lumia 635 and Lumia 930.

It is going to be an exciting summer for all Microsoft Windows Phone users out there, as well as for the tech behemoth as well. According to the Microsoft India branch Twitter status, the phone will roll out in the first half of July.

Now we don’t know (and nobody does, actually) if this time – frame applies only to that part of the world and only to that niche of customers, but the odds are the new Windows Phone 8.1 will roll out in other parts of the world (and other markets,  mind you!) approximately in the same interval of time.

Existing Windows Phone 8 users have plenty of reasons to willfully embrace the new upgraded OS into their lives. Specialists say it comes with huge improvement in comparison to the previous model and features a few nice specs that will make Windows Phone 8.1 users less jealous on iPhone users. According to the experts, the new OS comes with

file downloads in Internet Explorer, a data sync with Windows 8.1 and a reading mode for websites. But that is not all there is to the upcoming Windows Phone 8.1!

Let’s not forget Cortana, a direct competitor for Apple’s Siri and a personal assistant said to really listen and solve our problems and the much anticipated app folder-creation feature, a spec that is present to iOS but was missing on Windows Phone 8. This feature will only be available to those who will install the Windows Phone 8.1 on their phones. The big news related to the Windows Phone is actually less related to the official debut day, but with the app – folder creation feature.

Another surprise might be the 3D Touch or Real Motion interface that was pretty rumored back in the day. Even if it was supposed to show up together with a revolutionary Lumia model called “Goldfinger”. Let’s see what this is all about:

The rumored 3D touch interface uses the device’s sensors to detect interactions that are off-the-glass. The Nokia Goldfinger is said to come hand gesture support which will let users navigate on a phone without touching the display, while other gestures under consideration include flipping and scrolling.

Now if all these features, upgrades and specs prove true, the next Windows Phone 8.1 will be a riot, especially if co – joined with mind – blowing hand sets. However, we are still in the “hopes, dreams and expectations” phase, not to mention that rumors and leaks proved wrong on more than one occasion. What is solid information right now is that the Windows Phone 8.1 will roll out this summer, sooner or later in July and we are in for big surprises.