A whopping 1.7 million Americans are awaiting for their Medicaid coverage applications for getting processed, according to officials in 15 large states.

So far, an unprecedented 6 million people have gained Medicaid coverage since September 2013, mostly as a result of the Affordable Care Act.

California is the most populous state to implement Medicaid law. Interestingly, it has the largest backlog with 900,000 applications still pending as of early June. It is followed by Illinois with 283,000 cases, while New York has no backlog at all.

“It’s a serious problem that people are waiting a long time and the process of getting covered is more cumbersome than it should be,” said Stan Dorn, senior fellow with the nonpartisan Urban Institute.

Meanwhile, the federal and state officials have said that the delayed processing of the applications should not obstruct the availing of healthcare benefits by these people because Medicaid coverage can be extended retroactively for three months and people can seek emergency care at hospitals. 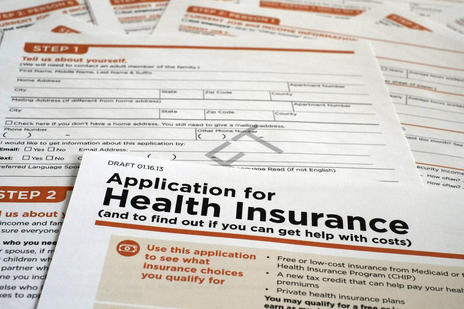 Dorn, however, revealed that some providers may refuse to see the uninsured patients.

“You will have impaired access to care … because often the provider will not see you if you do not have a Medicaid card,” Dorn said.

The online marketplace, a hallmark of President Barack Obama’s healthcare law, has been witnessing a series of technical issues since its October launch last year.

The technological glitches have prevented the federal insurance marketplace from transferring data on applicants to state Medicaid agencies. This has resulted in many states’ inability to handle an enrollment surge because of inadequate staffing, their own computer problems and other issues.

Experts believe the new Affordable Care Act or Obamacare, which took full effect in January, will accelerate the trend of more and more people getting insured.