You are here: Home / Health / Whole-Genome Scans Not Quite Ready For Widespread Use: Study

Commercially available tests can analyze your genetic profile and try to predict your risk of a host of diseases. But a new study suggests they aren’t ready for prime time. The technology, known as whole-genome sequencing allows scientists to map the information encoded in most of the billions of building blocks that make up a person’s DNA.

So far, whole-genome sequencing has been used mainly in research. But the hope is that the technology will help fuel a new era of personalized medicine where doctors will be able to identify patients with gene variants that raise their risk of certain diseases.

“In the past few years, the cost of whole-genome sequencing has fallen to the point where it could soon be feasible to use it in everyday health care,” said Dr. Frederick Dewey of Stanford University, the lead researcher on the new study. Based on his team’s findings, Dewey said, “A lot more work is needed before that idea becomes reality.”

The study reported in the March 12 issue of the Journal of the American Medical Association found that sequencing a whole genome remains a fairly daunting task and although the commercially available tests are good, they aren’t yet reliable enough for routine patient care. 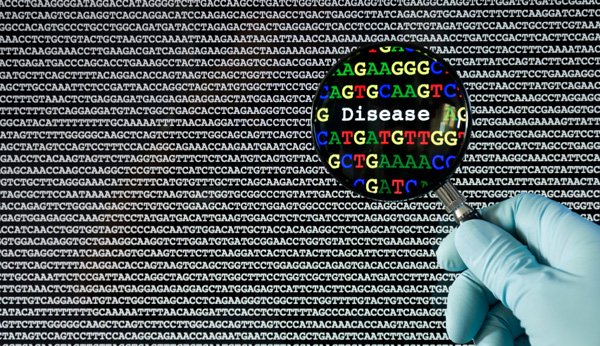 For the study, they used an Illumina platform for sequencing with confirmatory sequencing for 12 participants on the Complete Genomics platform. The researchers used appropriate reference genomes for the 5 white European and 7 East Asian participants and screened genes from many sources including the Human Gene Mutation Database (HGMD).

Team members determined which variants to report to 5 physicians, who then suggested clinical follow-up solely on the basis of the DNA data. Three were academic primary care practitioners, two of whom had no experience with genetics or genomics and the other two were academic medical geneticists.

Overall testing showed that each patient had between 2 million and 3 million unique variations in their DNA. The researchers then used a software program they had developed to whittle down that sea of information to around 100 genetic variations per person that were deemed worthy of more investigation.

“Next, they analyzed those variations in an old-fashioned way by actually sitting down,” Dewey said and sifting through the medical literature and available genetic databases to see which gene variants might be relevant to people’s health.

That process took about an hour per variant at an estimated cost of $17,000 per patient when all was said and done. For each participant, WGS revealed 2 to 6 personal disease-risk findings, most for adult onset conditions from the HGMD. Each participant carried 8 to 18 disease causing recessive alleles. For the American College of Medical Genetics and Genomics reportable genes, each participant had 12 to 20 variants which fell to 1 to 7 variants after eliminating sequencing artifacts or common polymorphisms.

Overall the study identified only a single very likely pathogenic gene variant, a 19-base deletion in BRCA1. The woman who did not have a family history of the associated cancers had risk reducing surgery. Eleven of the 12 participants had at least 1 gene variant of pharmacogenetic significance.

The physicians suggested 1 to 3 diagnostic tests and/or referrals per participant with a median cost of $351 to $776 which include a high-complexity established patient visit and 2 hours of genetic counseling.

The researchers conclude that in their study, WGS was associated with incomplete coverage of inherited disease genes, low reproducibility of detection of genetic variation with the highest potential clinical effects and uncertainty about clinically reportable findings.

Limitations of the study include the early stage of applying sequencing data to clinical decision making, lack of full clinical information on the participants and applicability beyond academic medicine.