Marking his most significant gay rights move since the repeal of “don’t ask, don’t tell” in 2011, President Obama’s administration recently revealed his plans to sign an executive order prohibiting federal contractors and subcontractors from discriminating against LGBT employees.

After years of pressure from gay rights groups, President Barack Obama plans to sign an executive order banning federal contractors from discriminating against employees on the basis of their sexual orientation or gender identity, the White House said on Monday. Currently 29 states allow employees to fire, demote or otherwise be prejudice against workers solely based on their sexual orientation.

Frequently referred to as an executive ENDA (Employment Non-Discrimination Act), the order could protect up to 16 million workers from discrimination based on gender identity or sexual orientation, according to a report from Williams Institute at the University of California of Los Angeles. No federal law bans discrimination against gay and transgender individuals, so this protection would be the single largest expansion of LGBT workplace protections in U.S. history. 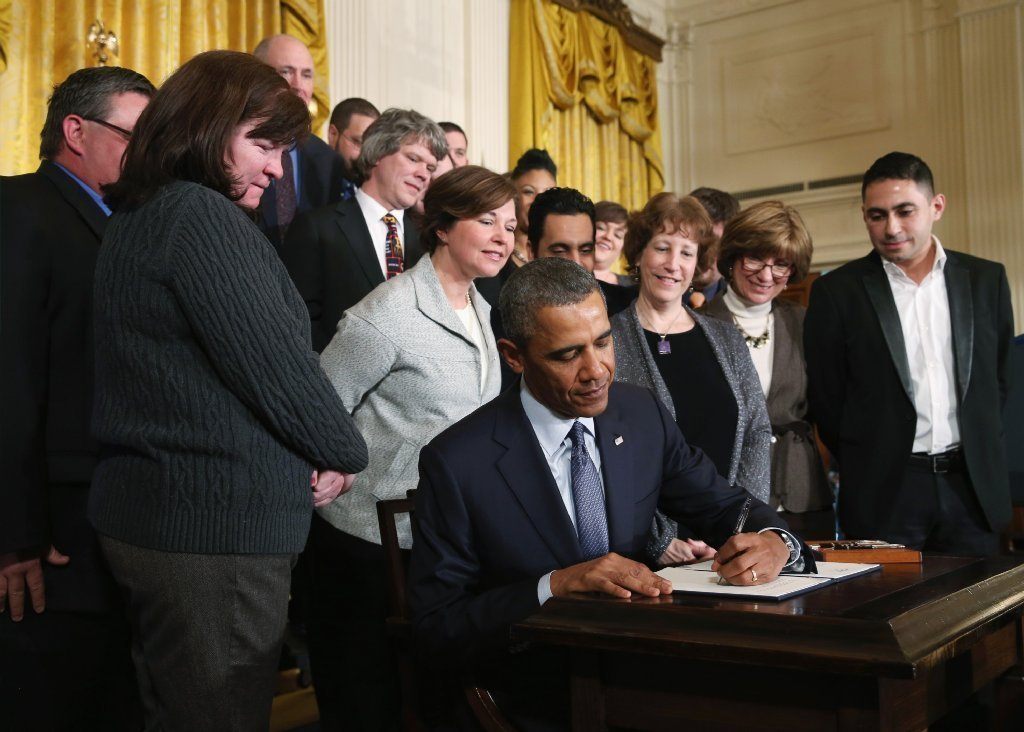 The president has resisted signing the order in hopes that Congress would pass a broader non-discrimination measure that would apply to nearly all employers. While the Senate passed the legislation last year, the measure has languished in the Republican-led House and there is little sign that lawmakers will take it up in an election year.

According to the LA Times, Human Rights Campaign President Chad Griffin said, “By issuing an executive order, the president will not only create fairer workplaces across the country, he will demonstrate to Congress that adopting federal employment protections for lesbian, gay, bisexual and transgender people is good policy and good for business.”

Peter Sprigg is a policy analyst with the Family Research Council. Sprigg said, “While the president prepares to address a New York gathering of gay rights supporters, the American people will be left to sort out the costs to religious and constitutional liberties resulting from this executive order.”

Republicans were largely silent on the decision, though Utah Sen.Orrin Hatch called on the White House to include the same religious exemptions in the order that are included in the legislation the Senate passed last year. The bill includes exemptions for churches and other houses or worship, as well as religiously affiliated organizations.

Obama’s decision could energize progressive voters in a midterm election year where Republicans are seeking to retake control of the Senate. The DNC and several Democratic lawmakers highlighted the president’s announcement on Monday and used it to try to draw a distinction with Republicans.

While the White House did not release the specific language of the order Obama will sign, advocates expect it to be in line with measures signed by President Lyndon B. Johnson that banned federal contractors from discriminating on the basis of race, religion, and national origin. It’s unclear whether Obama’s order will include religious exemptions.

The American public has increasingly grown supportive of extending gay rights. Courts have also increasingly come down in favor of same-sex marriage with more than a dozen federal and state judges striking down part of all of state-level bans over the past seven months. No rulings have gone the other way.