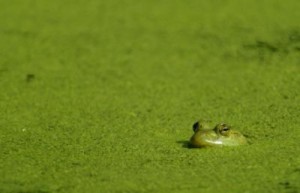 Recent reports show that there is a serious problem going on with the oxygen levels at Echo and Rockport water reservoirs.

State authorities and namely, the Utah Water Quality Board, decided to take immediate measures in order to reduce nutrient pollution in these reservoirs and thus keep the oxygen levels of the reservoirs’ waters in normal parameters.

What is important to know is that nutrient pollution is killing the oxygen levels of the waters, endangering the cold water fish populations and, eventually, affecting more than half of million Utah residents.

These reservoirs deliver drinking water to around 600,000 people in northern Utah. Even if the actual low oxygen levels are not a threat to the population, the Utah Water Quality Board considers the time has come to address the problem seriously.

What is the problem with the nutrient pollution, anyway?

Simply put, there are too high levels of phosphorous and nitrogen in the Echo and Rockport water reservoirs. While these levels occur naturally, high levels of these substances lead to the overgrowth of algae. In turn, the algae die and decompose and the process depletes the water of the much – necessary oxygen levels which sustain the life of the fisheries and the health of the drinking water.

What does the Utah Water Quality Board planning in order to minimize the nutrient pollution impact?

The action plan set as main goal the reduction of nutrient pollution in the two reservoirs by 35%. Of course, a series of norms and regulations come together with this plan. Although everybody agreed that immediate action was in order, the project will begin around August 1st. This is an expensive deal, as rough numbers show that in order to solve the pollution problem in the Echo and Rockport water reservoirs, it will take around $49 million to spend. According to the sources, this sum is mainly composed out of $20 million

in upgrades to wastewater treatment plants — most notably the system operated by Snyderville Basin Reclamation — and another $29 million for voluntary measures to address pollution caused by agricultural and other sources.

As we said, the current pollution problem doesn’t affect the drinking water standards, but has a negative impact on sustaining the life of the fisheries. On the other hand, the growing population of Utah is a problem closely related to pollution. This is why the authorities don’t want to waste any time before implementing the fixes, rules and regulations to protect the waters. Among the major long – term actions that will be taken, the specialists described

The Utah Water Quality Board has its mind set on doing everything possible for keeping our waters safe and healthy for generations to come.