The Utah Supreme Court issued a major ruling on Tuesday allowing officials to subdivide property in a polygamous town on the Utah-Arizona border cities of Hildale and Colorado City.

In the year 2005, the courts took control of the FLDS Church’s land-holdings arm, the United Effort Plan (UEP) Trust, amid allegations that polygamist leader Warren Jeffs and other sect leaders mismanaged it, leaving it embroiled in litigation since then. 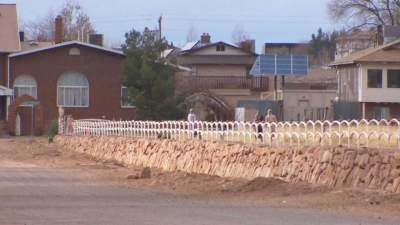 The upholding of a 2010 decision from a lower court judge means officials can advance with dividing up properties in Hildale, Utah for sale or redistribution.

A Utah judge is closer to name a board of seven people who will look after the redistribution of 750 homes in the two cities, known collectively as Short Creek.

The properties are part of a trust created in 1942 by the polygamous sect.

The blueprints for Hildale are already drawn and the town will be officially subdivided as soon as Washington County processes the paperwork, said Jeff Shields, an attorney for the UEP.

Shields said there is still too much engineering work left for UEP to subdivide Colorado City. That will take a few weeks and will cost about $40,000 after receiving the cooperation from Colorado City officials and will provide records of easements, piping and other infrastructure, Shields said.

“We’re naively optimistic that the cities have had enough fighting,” Shields said.

The court-appointed fiduciary, Bruce Wisan, would like to sell or give away houses and buildings to people who have lived in or have a claim to them, but failed because entire town blocks exist as one parcel.