You are here: Home / Tech & Science / Surface Melting And Freezing Is Speeding Flow Of Greenland Glaciers

Beneath the barren whiteness of Greenland, a mysterious world is being unfolded. Using ice-penetrating radar, researchers have discovered tattered blocks of ice as tall as skyscrapers in the cities and as wide as the island of Manhattan at the very bottom of the ice sheet, apparently formed as the water beneath the ice refreezes and warps the surrounding ice upwards. It turns out that Greenland’s ice sheet may have a richer story than scientists once thought .The newly revealed form may help scientists understand more about how ice sheets behave and how it will respond to a warmer climate. The results are published in the latest issue of Nature Geoscience.

Seeping of summer melted water to the bottom of Greenland’s massive ice sheets and glaciers is speeding up their flow into the sea. Each summer, the melted water seeps through crevasses and Moulin to the bottom of the ice sheets. At the bottom, the water lubricates the base of the ice, while it also releases heat when it re-freezes, softening the surrounding ice and allowing it to flow faster. The latest study was the first to find that such re-freezing was a major feature throughout northern Greenland, including at the bottom of Petermann Glacier, one of the largest to flow directly into the sea. 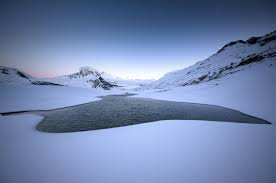 The rate of flow of glaciers is influenced by other factors, such as the steepness of the underlying landscape and the rate is something that scientists are closely observing owing to the concerns about the impact of climate change on the rise of sea level .Complete loss of the Greenland ice sheet would occur over 1,000 years or more and contribute up to 7 metres of global mean rise of the sea-level.

The Greenland ice sheet would disappear altogether after sustained, long-term warming above a certain threshold, which the IPCC estimated was 1-4 degree Celsius above pre-industrial levels. Temperatures have so far risen 0.8 degree Celsius. As melted water at the bottom refreezes over hundreds to thousands of years, the researchers believe it radiates heat into the surrounding ice sheet, making it increase its pace and the ice becomes softer and flows more easily. Since the 1970s  and as recently as 1998, researchers flying over the region mistook radar images of these structures for hills. Newer instruments flown during NASA’s IceBridge campaign to map ice loss at both poles found the hills to be made of ice instead of rock.

Surface Melting And Freezing Is Speeding Flow Of Greenland Glaciers