You are here: Home / National News / Now US Military Can Climb Wall With Only Their Own Feet

We all would have heard of Spider-man climbing the side of the building without a rope or safety belay. But in reality it seems to be an untrue one.

To the surprise United States Department of Defense made it real.

Department of Defense has invented a set of sticky handheld paddles which help soldiers to climb up walls.

The set of sticky puddles is inspired by Gecko feet. Actually Geckos are nothing but lizards found in warm climates throughout the world. They have already inspired to designed adhesive to seal wounds and now they have become prominent in developing a foot that is a major aid for military operations.

On a climbing demonstration, it was found that the Gecko paddles can support a 218-lb man with 50-lb pack in climbing 7.6meters high wall. 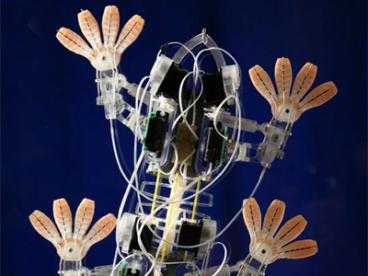 Earlier paddles were developed in the Z man program to climb the wall, but Geckos are a better version of it. They can stick and unstuck faster compared to Zman program paddles. Scientists conducted studies to understand biology and physics of movement of actual Geckos and tried implementing it in artificial foot. They used thousands of bristles with spatula fibers to maximize contact between the feet and the material of the wall. An electromagnetic field is created between the surface and bristles. That electro-magnetic field force is balanced in such a manner that they can easily pick up the foot. US military personnel require frequent movement in rescue operations and wars. In this case such Gecko feet can be of extreme help.