WHO officials has released a statement in which they said that a strain of polio virus has been found in the sewage of the Sao Paulo’s international airport located in Brazil.

However they have also mentioned that there is no need to panic because no human cases were found. Because of the widespread immunization done against polio, the chances of anyone getting infected by polio virus are rare. 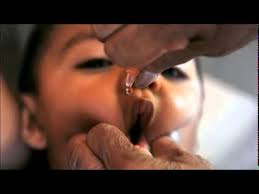 Sewage samples were collected in March 2014 at Viracopos International Airport. The isolate was detected through routine environmental surveillance. Brazil has been polio-free since 1989 and has high vaccination coverage. The risk of the polio virus spreading from Equatorial Guinea is described as high by the UN health monitoring agency, but it said the risk from Brazil remained very low. The WHO says the chance of the virus spreading to humans is low.

“Given the high levels of population immunity indicated by the high routine immunization coverage and implementation of periodic vaccination campaigns in the area, no evidence so far of polio transmission and the response being implemented” the World Health Organization (WHO) assesses the risk of further international spread of this virus from Brazil as very low, WHO said in a statement.

The experts said that after tests it was found that the virus came from Equatorial Guinea. The first outbreak of polio was reported in this central African country earlier this month. Four cases were reported in the country at that time. The discovery of this virus in Brazil sends a message that these days any disease can move from one country to another quite easily. Earlier this year, polio was declared a global health emergency by the WHO after the virus spread to some countries where this disease has been controlled fully.

Governments across the world spend billions of dollar to keep polio under check and they are aided by several non-government organizations too in their efforts. Despite their best efforts, the disease is still found in some countries of Asia and Africa.

The Brazilian Health Ministry said the presence of people carrying infectious agents from other parts of the world was to be expected as a result of increased international travel. “It is important to clarify that this detection does not mean any change in the epidemiological situation of Brazil or a threat to the elimination of the disease,” it said in a statement.

Brazil has been polio-free since 1989 and the Americas region was declared free of wild polio transmission in 1991, according to the WHO, which is spearheading a global campaign to eradicate polio.

Brazil’s last national immunisation campaign was conducted a year ago and coverage in Sao Paulo state has been higher than 95 percent, the WHO said, adding: “The high immunity appears to have prevented transmission.”

The U.N. agency said it assessed the risk of further international spread of polio virus from Brazil as very low and from Equatorial Guinea as high.