Active galaxies host supermassive black holes in their cores. The intense gravity of the black hole creates a turbulent cauldron of extreme physics. These galaxies, such as NGC 5548 in this study, are too far away for the plasma fireworks to be directly imaged. Therefore astronomers use X-ray and ultraviolet spectroscopy to infer what is happening near the black hole. The new twist is the detection of a clumpy stream of gas that has swept in front of the black hole, blocking its radiation. This deep look into a black hole’s environment yields clues to the behavior of active galaxies.

The bright center of a distant galaxy strangely and unexpectedly darkened recently and now scientists think the culprit was a rare, powerful stream of gas blowing in front of it, eclipsing its heart. This new observation may also provide insights into the workings of supermassive black holes and how they influence their galaxies, scientists added. The center of that galaxy is bright, due to light emitted from matter rushing toward its core, a supermassive black hole about 65 million times the mass of the sun. In 2013, astronomers noticed that something eclipsed the light from NGC 5548, blocking 90 percent of the X-rays emitted by the supermassive black hole.

“Astronomers have been looking at this galaxy for decades and everyone expected it to behave normally, so watching this galaxy’s center change to a completely different state was surprising and exciting,” lead author of the new research Jelle Kaastra, an astronomer at the SRON Netherlands Institute for Space Research in Utrecht,  Netherlands told Space.com. 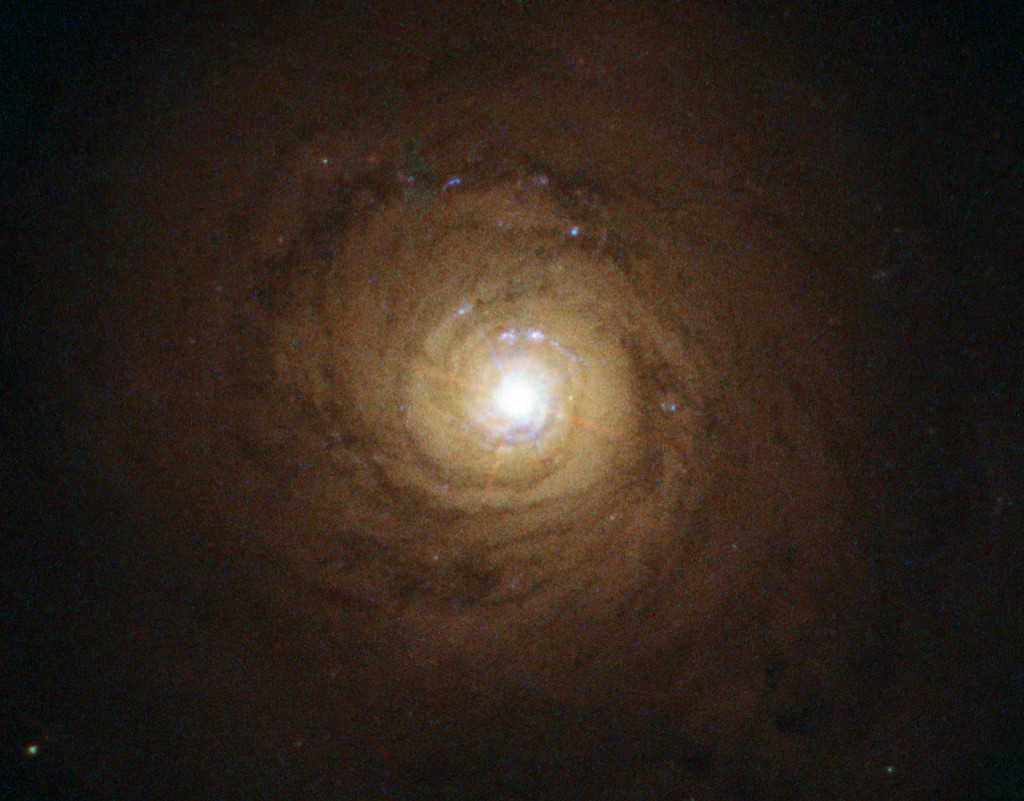 To find out more about why this galaxy’s core went dark, astronomers examined it with six different NASA and European Space Agency observatories i.e. the Hubble Space Telescope, XMM-Newton, Swift, NuSTAR, Chandra and INTEGRAL from May 2013 to February 2014.

After comparing their observations to data from 2002, when nothing seemed to eclipse that galaxy’s nucleus, the scientists created a model to account for the eclipse. The researchers suggest the culprit was a fast-moving and clumpy stream of gas moving up to 11 million mph (18 million km/h).

Strong X-ray absorption by ionized gas has been seen in several other sources and it has been attributed for instance to passing clouds.

“However, in our case, thanks to the combined XMM-Newton and Hubble data, we know this is a fast stream of outflowing gas very close to the nucleus,” said team member Massimo Cappi of INAF-IASF Bologna. “It may even originate from the accretion disc,” added team member Pierre-Olivier Petrucci of CNRS, IPAG Grenoble.

These results are being published online in the 19 June issue of Science Express.