Science unveil that a proper sleep is very vital for every system in your body. A lack of sleep makes you grumpier, and you have trouble concentrating and may even increase the appetite causing obesity.

The Centers for Disease Control and Prevention says that those deprived from sleep can develop chronic diseases like high blood pressure, type 2 diabetes, depression, heart attacks, strokes, as well as premature death and reduced quality of life, productivity and might also result in automobile crashes, industrial disasters and medical and other occupational errors. 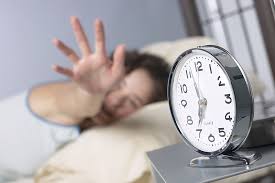 “If people sleep three to four hours at a time, they can ward off many of the effects of sleepiness,” says Michael Twery, PhD, director of the National Center on Sleep Disorders Research at the National Institutes of Health. “They can operate games that involve driving without making serious mistakes. They can also do calculations.”

In study after study, people who sleep seven to eight hours at a time are found to have the lowest risk for premature death and disease.

Safwan Badr, a past president of the American Academy of Sleep Medicine and a sleep expert with Detroit Medical Center and Wayne State University indicating the criticality of sleep said, sleep is so critical to good health that it should be thought of “as one of the components of a three-legged stool of wellness: nutrition, exercise and sleep.”

An estimated 70 million Americans suffer from sleep problems, such as insomnia, sleep apnea a condition where the windpipe closes many times during sleep, causing pauses in breathing, infrequent breathing during sleep.

Over time, lack of sleep and sleep disorders can contribute to the symptoms of depression.

Studies have found that a single night of inadequate sleep in people who have existing hypertension can cause elevated blood pressure throughout the following day.

A recent study shows that “when we don’t get enough sleep, we actually injure brain cells.”

Twery suggests individuals who feels sleepy very frequently during the day to discuss their symptoms with a physician. Healthy people who sleep well don’t fall asleep during the daytime.

There are a lot of physiological changes that occur with sleep, says Timothy Morgenthaler, a consultant at the Mayo Clinic Center for Sleep Medicine in Rochester, Minn. “One of the main hypotheses is that one primary function of sleep is to help eliminate metabolic waste products of the mental processes in your brain. Sleep clears those waste products out and replenishes the energy inside brain cells.”

If you suspect you’re having sleep issues, its time to visit your doctor and you might spend a night in a sleep laboratory, where professionals can determine how much you sleep and how long you spend in each stage of the sleep cycle.