Samsung’s latest volley in the tablet wars was unveiled on Thursday night in the form of two brilliant Super AMOLED screens in two sizes, both called the Samsung Galaxy Tab S.

The abbreviation S stands for the Super AMOLED tablet screen, which inaugurates the next generation of high resolution, high contrast, richly-colored slates and makes a remarkable feature of the Samsung Galaxy S, which comes in 10.5-inch and 8.4-inch variants. Samsung spent most of its premier event in New York talking about the screen and was clearly excited about it.

According to JK Shin, CEO and President of Samsung Mobile, “the quality of the display a critical feature as the tablet is becoming a popular personal viewing device for enjoying content. Galaxy Tab S will provide consumers with a visual and entertainment experience that brings colors to life, beautifully packaged in a sleek and ultra-portable mobile device and will set the industry bar higher for the entire mobile industry. 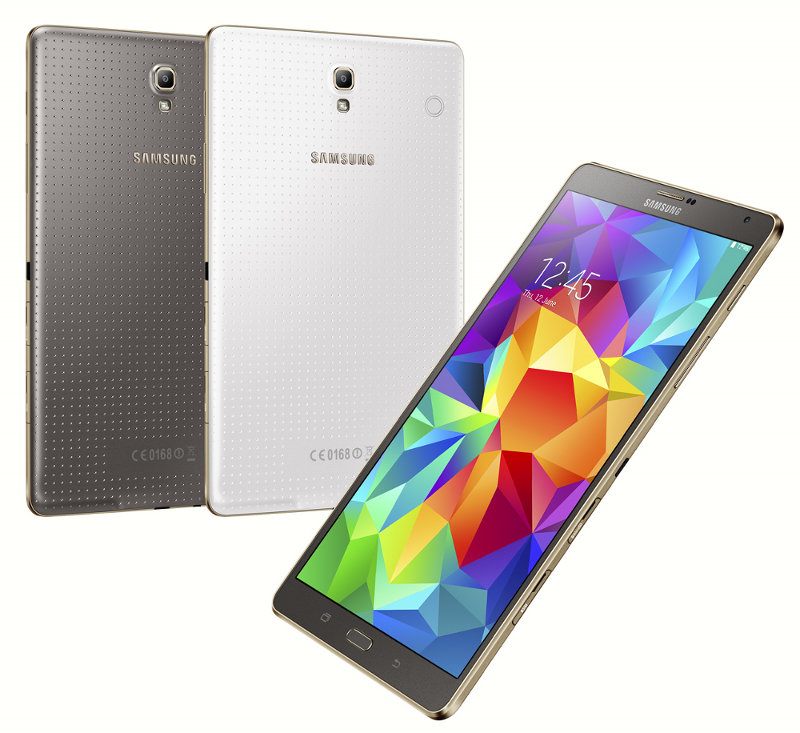 The screen technology-that brings a lot of advantages to the large-screen mobile arena and was previously seen only in Samsung’s high-end Smartphone and phablet “Note” series, is used in both versions of the Samsung Galaxy Tab S .As the Super AMOLED technology doesn’t use a backlight so it’s much less battery-intensive than LCD screens and which makes it idol product for a heavy tablet users. According to Samsung, the Galaxy Tab S can provide up to an incredible 11 hours of HD video playback, all while keeping the weight of its new devices, at the heaviest, at around a pound.