Mohegan Sun and Wynn Resorts, the casino giants are locking horns for the lucrative Boston region gambling license, which is expected to be awarded in late August or early September.

State gambling regulators will hold the stage for two separate public hearings next week: one for Mohegan Sun in Revere High School on June 24 and one for Wynn in Edward G. Connolly Center in Everett on June 25. .

Mohegan Sun, which is competing against Wynn for the Boston-area casino license, declined to comment Thursday. The tribal casino operator proposes a $1.2 billion casino on the Suffolk Downs horse racing track in Revere. 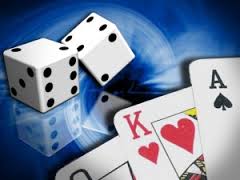 Wynn Resorts officials said their proposed $1.6 billion casino on a former chemical plant site in Everett would include about $50 million in such investments.

James McHugh, acting chairman of the Massachusetts Gaming Commission, said transit impacts are among the top concerns for local residents, if past hearings are an indicator.

“This is a really important part of the process that’s required by law,” said McHugh. “They are an opportunity for the applicant to present to the local community a final summation of the project and to get feedback from citizens as to how they view the project — its strengths and its weaknesses.”

McHugh says the hearings will be capped at four hours and comments from the public limited to about four minutes each.

Casino and city officials, can open the meeting with about an hour to outline the project and take questions from the commission.