The Galaxy S5 and Xperia Z2 have two of the most accomplished mobile phone cameras on the market. They have two of the highest-resolution sensors around them. The Galaxy S5 sensor is a 16-megapixel setup while the Xperia Z2 goes even higher resolution of 20.7 megapixels. However, even Sony seems to admit that a tiny mobile phone sensor can’t perform much with that high resolution. In most camera modes the phone is restricted to taking 8-megapixel photos, using the extra pixels to enhance image quality/accuracy.

Although this strategy does make sense and the Xperia Z2’s 8MP photos do look cleaner than its 20MP ones, the Galaxy S5 was able to add a bit more detail. In many conditions the cameras are fairly evenly-matched. Xperia Z2 offers more creative filters and fun modes. Still, there are some places where the Galaxy S5 camera wins outright. HDR is the most important. Samsung makes one of the most effective HDR modes in business, enhancing normal photos without making them appear unreal. The Xperia Z2 has HDR as well, but it’s just not quite as good as Galaxy S5. The Xperia Z2’s downscaling of images allows it to take good snaps quickly while the Galaxy S5 takes time to capture photos. It can take up to 5-6 seconds to take a shot. 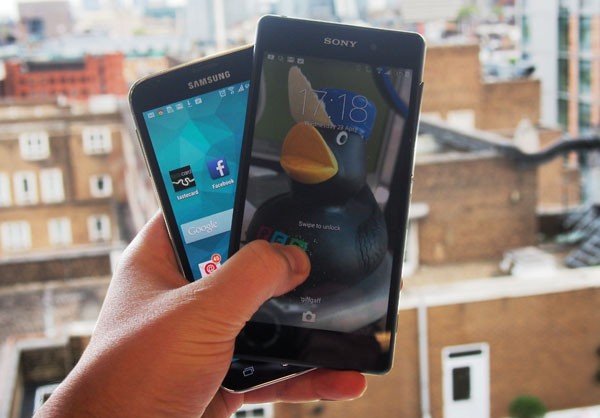 In a recent mobile image testing process by DxOrMark, the GS5 finished on top along with the Sony Xperia Z2, which both scored a 79. The Nokia 808 Pureview, Apple iPhone 5S and Nokia Lumia 1020, meanwhile, finished just a bit behind with overall scores of 77, 76 and 74, respectively.