Amazon’s Mayday button was introduced last year to assist Amazon customers in using their Kindle Fire HDX tablets. Contacting support in real time on a tablet wasn’t an option back then but the Mayday feature enabled users to contact Amazon customer service representatives, 24 hours a day.

Three-quarters of Kindle Fire HDX tablet owners are using the tech support button for IT support and other forms of customer service, Amazon announced on Friday. The average Amazon response time to those calls for help is 9.75 seconds.

“When we set out to invent the Mayday button, we wanted to revolutionize tech support – and we’re happy to report it’s working!” Scott Brown, director, Amazon Customer Service, said in a statement. “Seventy-five percent of customer contacts for Fire HDX now come via the Mayday button. Even as the Mayday button has grown to become the most popular way for customers to ask questions, the team’s been able to beat the response time goal of 15 seconds or less – our average is just 9.75 seconds.”

In addition to fixing tech issues and bugs in a case the tech support professionals helped a user in beating an Angry Birds level where the user was struck for more than a week and also assisted one of the user son how to make the best peanut butter and jelly sandwich. One customer even enlisted a Mayday rep in a marriage proposal. 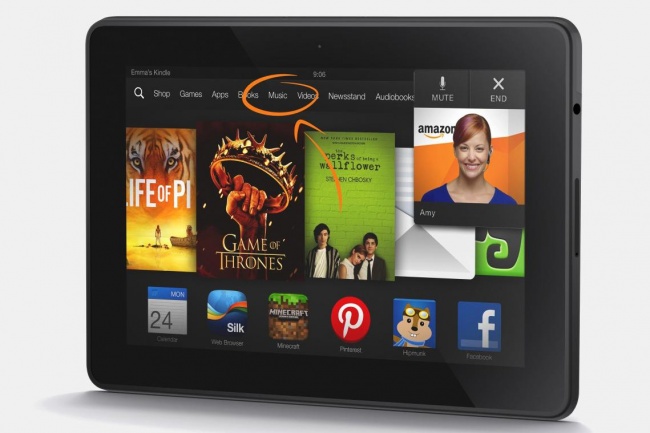 Following the trails, Salesforce, plans to enter the new picture with its own Mayday-like button that is accessible within an iOS or Android app for enterprise business professionals with questions. Salesforce is is looking forward to the companies such as Phillips, Stanley Black and Decker, and Cars.com to see their interested in doing live demos of the new business Mayday service. Salesforce Service Cloud Product Management VP Larry Robinson said in a statement that Amazon’s Mayday service is responsible for Salesforce’s new enterprise Mayday solution: “It’s [Salesforce SOS Service] really the Mayday experience brought to market for any company. Most apps don’t have customer service integration. We want any company to play like Amazon does.”

The biggest task for Salesforce will be beating Amazon’s response time for their customer base.