You are here: Home / Tech & Science / Amazon Fire Phone Has Some Features You Won’t Get In Any Other Phone

Amazon has unveiled its first foray into the smartphone market, a new device called the Fire Phone that features 3D display capabilities. Amazon CEO Jeff Bezos took the stage to introduce the new phone at a press event in Seattle on Wednesday.

In terms of specs, the phone has a 4.7-inch HD screen, a 13MP camera with optical image stabilization and 1080p HD video, a 2.2 GHz quad-core processor, 2GB of RAM, dual stereo speakers and Dolby Digital audio. The smartphone uses the same forked Android OS that Amazon’s Kindle Tablets do, so users will not get access to the Google Play Store. It will however have access to the Amazon App Store. 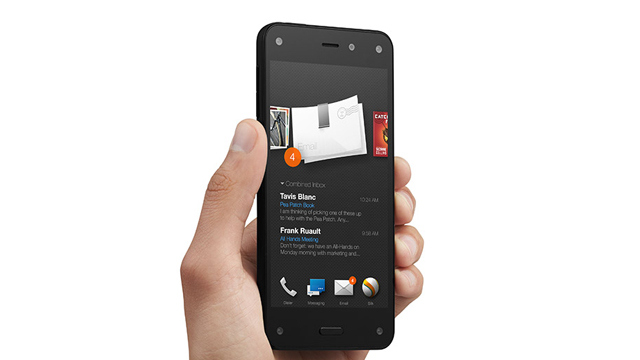 In terms of connectivity, the smartphone comes with Bluetooth 3.0 and the company has promised to update the device to also support Bluetooth LE, which means it will be possible to link the device to your smart wearable.

Bezos calls it ideal for one-handed use. The highly anticipated 3D display is called dynamic perspective, and it shifts the images on screen to account for a user’s angle of viewing and movement of the phone. CNET’s Roger Cheng said, “The images do look a lot better than they have in past 3D phones.”

“Amazon is doing two things that are different,” Sanjay Patel, professor at the University of Illinois at Urbana Champaign and CEO at Personify, an immersive video technology company, told CBS News. “First on the imaging side, they’re using four infrared sensors to really capture and identify a users’ head position. They are getting it down to the eyeball level so that the phone knows where your eyes are relative to the screen on the phone and they’ve come up with a low cost way to do this. Second, they’ve designed the display so that it is capable of providing a 3D perspective without the need for 3D glasses or exotic technology.

Amazon’s Fire Phone doesn’t give us anything we haven’t seen before. In fact, it looks a lot like other black smartphones: a Gorilla Glass front and back, rubber-rimmed sides, chamfered edges and a physical home button. There’s a physical camera button as well which launches both the camera and Firefly, Amazon’s new scanning and shopping app. 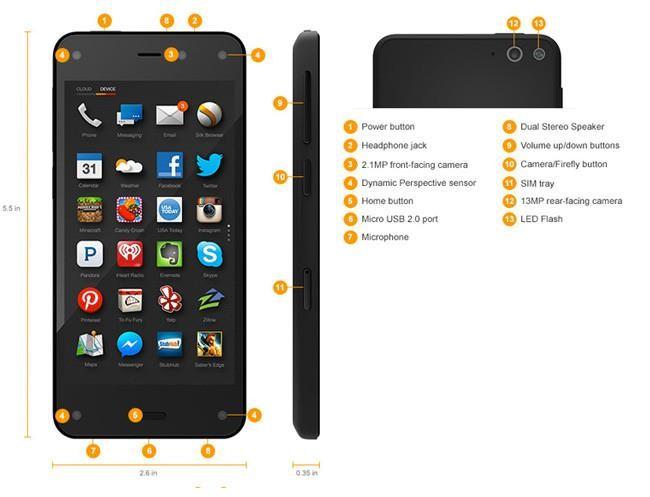 At the launch event, Amazon emphasized the importance of operating the phone one-handed and the rubberized spines definitely do that. The corners were a little sharp where the back of the Fire Phone meets its spines but the slick glass backing does add a subtle premium feel.

Tilt to scroll, part of Amazon’s new dynamic camera-assisted interface is responsive but occasionally might be weird if you accidentally make a gesture. Dynamic Perspective on maps seem to work as advertised when we zoomed into the Space Needle on Amazon’s Nokia Here powered maps app.

Swipe (or rotate your wrist) left and right to pull up context menus for each app. For example, if you swipe right from the home screen, you’ll see shortcuts for apps, games, the Silk browser, pictures, audiobooks, shopping and Prime.

The Fire Phone has unlimited storage for photos via Amazon Prime. And Kindle features like Second Screen and X-Ray will be included. Amazon’s Fire Phone may not run traditional Android but HBO, Netflix, ESPN Score Center, YouTube and Showtime Anytime are among the first video apps to be available on the Fire Phone.

Amazon is taking huge risks in going against the companies like Samsung and Apple. Amazon has done it before but in a tablet space that isn’t as entrenched or as vital as smartphones.

While the 3D features and Firefly scanning app are both cool and unique, it’s unlikely that people will gravitate toward these additions.

There’s also the price to specs ratio to consider. The 32GB versions’ $200 on contract also gets you the Samsung Galaxy S5 or HTC One M8, both full-service Android phones at the top of their game with higher-end listed specs. Still, the difference among them isn’t enormous, and Amazon does back its pricing by citing the free year of Prime and unlimited online photo storage. 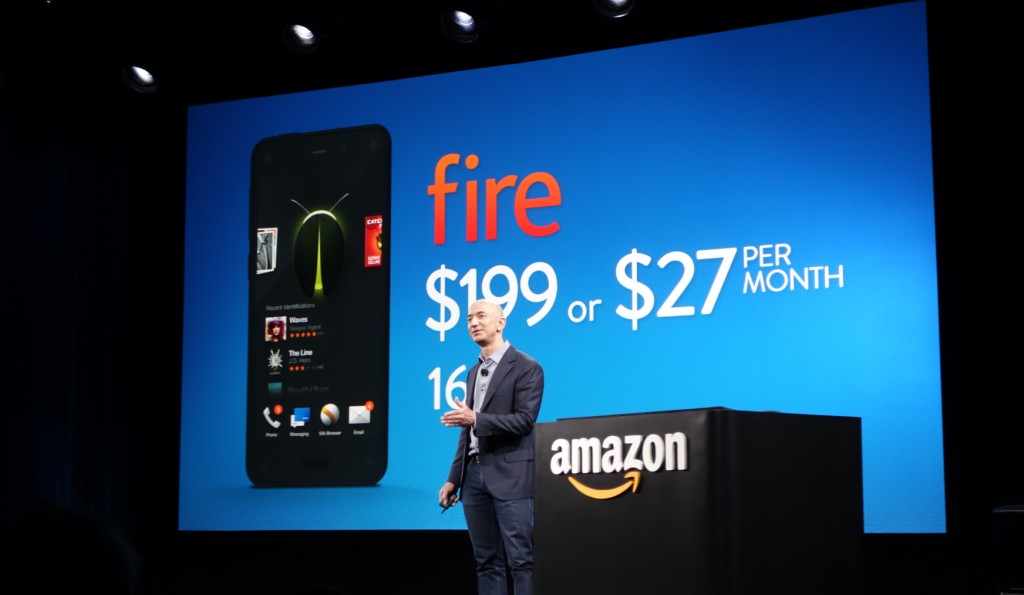 The top five features of the smartphone:-

Amazon’s newly announced Fire phone handset sports a unique 3D Dynamic Perspective feature made possible by several cameras that track user movement. The 4.7-inch device is equipped with a quad-core processor, a 13-megapixel camera and a unique feature that the company calls Dynamic Perspective. Dynamic Perspective enables the phone to display a 3D-like interface that lends more depth and engagement to graphics and responds to user movement. Four years in the making, Amazon achieved this feature by installing four specialized cameras with a wider field of view in the front of the device to track user’s head all the time.

One area where the Fire Phone stands out is Firefly, a universal visual scanning app that uses the camera and a huge database to identify items and objects and then tell you what it is or give you the chance to buy it. It isn’t the first app to recognize QR codes, items, music and audio tracks and URLs. Most mobile OSes can do some of these and Microsoft Windows Phone has a similar capability called Bing Vision. Still, Amazon’s attempt is front and center as a secondary camera button function so it’s a lot easier to get going with a long-press. Firefly also goes even further than Bing Vision, recognizing the audio on TV shows down to the time stamp and pulling up information via IMDB .It can also tell you about famous works of art and pull out printed phone numbers and addresses. Amazon definitely wants developers on board, so it has created an SDK and already has iHeartRadio, MyFitnessPal and Vivino, a wine database taking part.

Mayday:- This was a service that was launched on Kindle Fire tablets which basically gave users access to 24/7 support via video chat. Customer representatives can take over the screen on user devices to show them exactly how to do something. According to CEO Jeff Bezos, “the service is available 24 hours and service representatives will respond to requests within 15 seconds.”

Mayday is accessible from any screen on the Fire Phone via simple drop-down menu from the top of the screen, similar to how you access notifications on Android or iPhone. The inclusion of this service could prove to be a big help for inexperienced smartphone users or for someone porting out of a different smartphone eco system.

Users who buy this smartphone will get access to Amazon Prime service free of charge for a year. Users who are already Amazon Prime members get another 12 months free. The service offers multiple shipping benefits including a free two day shipping for eligible purchases.

Users also get access to Amazon Instant Video and the ability to borrow books from the Kindle Owners’ Lending Library. Amazon has been making exclusive deals to block shows from Netflix, Hulu and other streaming services for Prime users and some of these are available for free.

With the Prime Music Service, users get access to a million songs available for streaming. In some cases, you can download songs for offline playback. It should be noted that the free books, video and music collection is limited.

The Company is offering unlimited free storage of photos taken with the Fire on its Cloud Drive service. This is probably one of the best features since users will find that post smartphones, no amount of cloud storage space is enough.

Other features include: headphones with ear buds that have flat cords and magnets to clasp them together, so they won’t get tangled.