You are here: Home / Business / Aereo’s Fate to be decided by Supreme Court for TV Ecosystem

With June ticking away, the Supreme Court still has a handful of tech-related cases to decide. On Thursday, the Supreme Court made a ruling that will determine the fate of Aereo, a startup that lets you watch live network TV over the internet through your smartphone, tablet or PC. 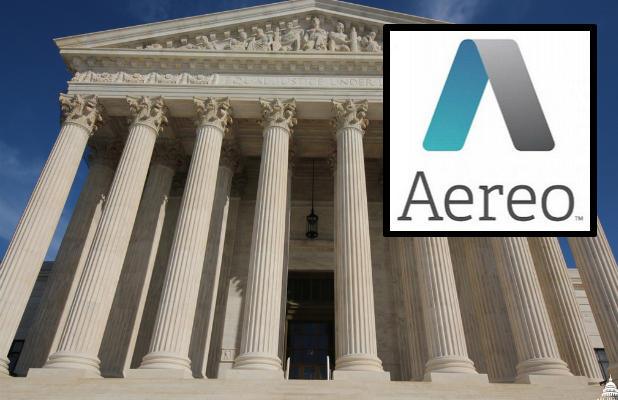 Aereo also doubles as a virtual DVR, meaning you can record shows on the company’s servers and stream them later to your device. Aereo is only available in a handful of U.S. cities but the company will likely ramp up expansion if it wins the Supreme Court case. It issued three opinions but none on broadcast issues. It means that a decision on Aereo will come either next week or on June 30, the last day the court issues opinions for the current term.

The earliest an Aereo decision can be issued by the high court is now Monday. Broadcasters and Aereo have been awaiting for the Supreme Court to decide whether Aereo airing of broadcast signals on the Web is legal or a violation of either copyright or retransmission laws. Aereo, using thousands of tiny antennas in antenna farms, picks up broadcast signals and transmits those signals over the air to subscribers without paying broadcasters.

“If Aereo wins local broadcasters and their networks would have to have serious conversations about the business model,” Burdick, senior vice president at Schurz, said in an interview. That’s not the only thing worrying broadcasters. The Federal Communications Commission has proposed eliminating a 39 year old rule that bars pay-TV companies such as Comcast Corp. (CMCSA) and Dish Network Inc. from showing National Football League games that get blacked out on local broadcast stations whenever the stadiums aren’t sold out.

Here’s why the Supreme Court case is so important. If Aereo wins, it potentially upends the entire TV business. Suddenly, broadcasters would have to worry about a flood of customers starting to watch live TV over the Internet. As we’ve seen in the publishing industry, the minute content moves online, advertising rates start to fall. And as TV networks’ ad revenue craters, they wouldn’t be able to make up the shortfall by charging Aereo retransmission fees. That’s a double whammy.

Finally, a ruling for Aereo could prompt calls by the content industry to revise the Copyright Act. This group would likely include more than broadcasters. Anyone who felt that copyright protections were being weakened might join in.

“An Aereo victory means we’re going to have to go Congress to get the law changed,” warned Michael O’Neill, chief executive of Broadcast Music, Inc (BMI). “And we’ll be behind a long line of others.”

Intellectual property experts say groups like BMI would probably ask for a better definition of what retransmission means.

A ruling against Aereo isn’t much simpler. Because Aereo works by taking advantage of cloud storage, its defenders argue that clamping down on Aereo would kill the cloud computing industry. This is an important and growing part of the economy and the Supreme Court justices seemed loath in oral arguments to rule in a way that would harm the future.

The fight has major implications to the broadcast industry which has been relying on fees from cable systems for retransmission of broadcast signals to bolster advertising revenues. A Supreme Court decision that Aereo’s service is legal could jeopardize those fees.