No one is sure whether this moment would be the proud moment or a terrifying moment for Alan Turing.
In 1950, Alan Turing proposed a test which can determine the independent thinking abilities of a machine just like a man. He had profoundly argued that the machines are thinking as they are 30% of the times for the machines to make a mistake during the bunch of conversations on keyboard.

A bot named Eugene Goostman had undergone an interesting challenge and convinced more than 33% of the scientists that it was just thinking like a thirteen year old boy. The same program was failed in 2012 where it could fool the judges almost 28% of the time.

Dr. Vladimir Veselov, one of the primary developers or Eugene Goostman expresses his joy and he considers this as one of the path breaking movements towards the growing interest in chat boxes and artificial intelligence. He says that they are going to focus on refining Eugene Goostman a bit more so that it could be able to handle more intelligent and logical conversations. 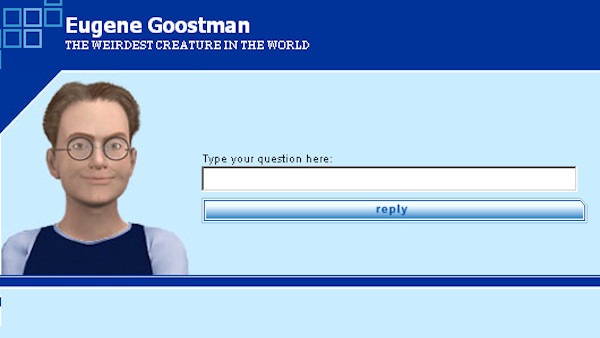 As per the reports of io9.com, Eugene Goostman is being run by scripts which can simulate a human conversation in sophisticated manner.

Dr. Kevin Warwick, the chief organiser for the competition had opined that the results are going to have a considerable impact on the modern artificial intelligence research. He said that the downside of this kind of programs is the cybercrimes. These bots act just like a human being and trick the netizens.

IBM is also working on the similar kind of Artificial intelligence and they call it as Watson Engagement Advisor. They believe that this technology helps to eradicate the cybercrimes and protect the privacy of netizens from phishing activities.