You are here: Home / Health / 21 cases of salmonella in Chia seed powder result in product recall

United States has made yet another product recall now due to the presence of Salmonella in a health food powder. It has prompted the launch of a multistate health investigation, federal officials said on Friday.

Chia seed products have achieved the status of superfood, owing to a high nutrient levels. Chia seed powder, commonly used in smoothies and snacks for its nutritional value, has sickened at least 21 people in different 12 states this month, according to the FDA.

Some of the products being recalled are from Navitas Naturals, Brands Williams-Sonoma Inc, Green Smoothie Girl, Health Matters and Organic Traditions. 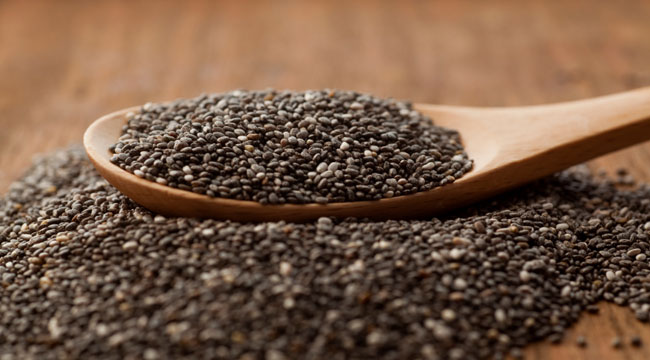 “It is the first time that chia powder has been identified as a food that transmits salmonella,” said Centers for Disease Control and Prevention investigator Dr. Laura Gieraltowski.

Salmonella, the most common foodborne illness usually found in meat and egg products, sickens about 1.2 million people in the United States and results in 450 deaths each year, according to the CDC.

Chia-linked salmonella outbreaks are lesser in comparision to illnesses that are linked to other types of food. The CDC warns that the recalled products have a long shelf life making people sick without their notice. “People are just getting sick at a slower rate,” Gieraltowski said.

“Based on investigations by FDA and California Department of Public Health, one of our suppliers, Health Matters America Inc./Organic Traditions, has expanded their recall of Chia products. As a result, we are expanding our voluntary recall to include a broader date range of products,” wrote Navitas Natural CEO Zach Adelman.

Salmonella causes diarrhea, fever and cramps that can begin 12 to 72 hours after eating the food that was contaminated.

Although some people who get sick from salmonella are able to recover on their own without treatment, the situation can become dangerous for people who are elderly, young children, and people who have compromised immune systems.