You are here: Home / Health / Sleep disorder ups risk of obesity in children

Depriving yourself from sleep can be disastrous for your health. According to researchers, poor sleep can up the risk of obesity in children.

For the study, the researchers analyzed the long-term effects of sleep on children from six months of age to seven years old. The study was conducted on the kids from the Massachusetts General Hospital for Children.

The researchers collected data annually. The physical health and sleeping patterns, including nap times, of the participants were recorded. When the children reached seven-year,

The height, weight, abdominal fat, lean body mass, waist circumference and hip circumference of the participants were measured when they were seven. 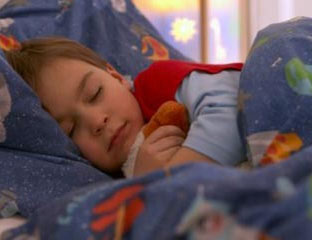 According to the researchers, adequate sleep duration is defined, with regard of age, as:

Lead author, Dr. Elsie Taveras, chief of general pediatrics at the hospital, said, “Our study found convincing evidence that getting less than recommended amounts of sleep across early childhood is an independent and strong risk factor for obesity and adiposity. Contrary to some published studies, we did not find a particular ‘critical period’ for the influence of sleep duration on weight gain. Instead, insufficient sleep at any time in early childhood had adverse effects.”