Mothers generally prefer using corrective helmets for their babies to avoid flat head syndrome, but a new study suggests ‘this may not be a good idea’.

For understating the efficacy of helmet therapy in children and deriving the conclusion, the researchers involved 84 healthy full-term babies who had a moderate or several positional skull deformation. Half of these babies, who were of six months, were given helmet therapy for 23 hours a day for a six-month period. No such active treatments were given to the other half.

What the researchers found was, there were no significant differences in skull shape at the age of two years between both the groups. 25.6 percent of babies who undergone helmet therapy had a full recovery at two years of age against 22.5 percent of those who had no active treatment. 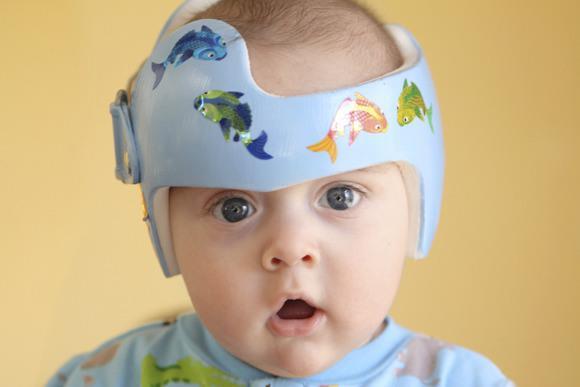 Researchers also found that the babies who wore a helmet suffered side-effects like skin irritation, a foul smell, sweating and pain.

“Based on the effectiveness of helmet therapy, and the high prevalence of side-effects and high costs, we discourage the use of a helmet as a standard treatment for healthy infants with moderate to severe skull deformation,” write the researchers.

Government reports suggest, on an average 20 percent of babies under the age of six months develop a skull deformation as a result of lying in the same position for long periods. The parents are encouraged by the doctors to place their babies on their backs to sleep in a bid to lower the risk of sudden infant death syndrome (SIDS).

The controversial helmet therapy for positional skull deformation or plagiocephaly is a popular practice in some countries which includes the United States.