You are here: Home / Health / Red Robin Employee May Have Exposed Thousands To Hepatitis A

Health officials are concerned about as many as 5,000 people’s exposure to hepatitis A due to an infected employee in Missouri restaurant.

Red Robin confirmed about the employee’s last working day as May 16 and that the restaurant has been reckoned safe after an inspection by the Springfield-Greene County Health Department. 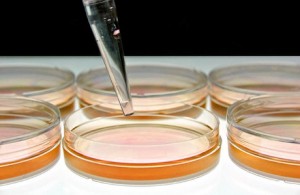 Springfield-Greene County Health Department officials received a report Tuesday regarding the illness that affects the liver, and worked with state and federal officials to develop adequate amount of vaccine shipped for immunizing people who visited the restaurant from May 8 to 16.

A Red Robin customer, Andrea Hall, reported that she is afraid because her husband had been sick and had many symptoms that corresponding to those of hepatitis.

The officials aim at getting as many customers vaccinated within 14 days of their possible exposure. Otherwise, the shot won’t be effective, so they’ve set up clinics through the Memorial Day holiday weekend. The restaurant has said that all its workers have been injected with a shot of immune globulin prophylaxis.

“Upon being informed of the incident, the Springfield Red Robin took all safety measures to ensure the well-being of our guests and team members including arranging the inoculation of all Springfield team members with the immune globulin prophylaxis shot,” Red Robin Gourmet Burgers (RRGB) officials said in a statement.

Health officials at Springfield say that the symptoms of the disease include abdominal pain, fever, nausea and dark urine.

Nationwide, the CDC estimates that about 2,700 people came down with acute cases of the disease in 2011; about 1,400 cases were reported, an average of 28 cases per state.