Even if US President Barack Obama aims to bring uniformity among the Americans, including the employees, in terms of making them medically insured, a new study on the ObamaCare employer mandate has made some startling revelations.

The study was conducted by the Robert Wood Johnson Foundation(RWJF)  and the Urban Institute. RWJF is a supporter of Obama’s healthcare law. The institute has donated USD 13 million to a White House-connected nonprofit promoting Obamacare enrollment, Enroll America.

They examined the effects of repealing the employer mandate or moving ahead. 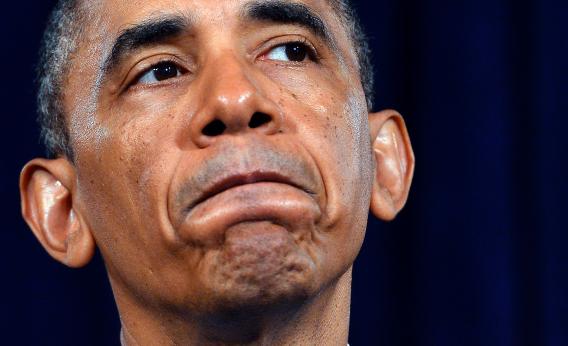 The researchers found that the employer mandate will barely affect the uninsured rate.

The study researchers said, “Employers with 50 or more workers not offering coverage pre-ACA are the same employers that are highly likely to not offer in the future, therefore incurring the ACA’s penalties. Because the non-offering firms are much more likely to be firms dominated by low-wage workers, low-wage employees will bear the greatest brunt of the penalties imposed.”

The study researchers are of the opinion that hiring will likely be short by the arbitrary cut-offs in the mandate. However, the federal government expects to gain billions in penalty payments from those companies who go for disobeying the mandate in the end. According to the researchers, these costs may pass back to the workers, particularly low-wage employees , in the form of reduced wages.

Moreover, few workers may also lose health coverage in the absence of the employer’s mandate. In case they are entirely eliminated, employer coverage would fall by just 500,000, nongroup coverage would correspondingly rise by 300,000 and Medicaid would grow by 100,000 people.

What is Obamacare’s Employer Mandate?

Obamacare’s employer mandate is officially part of the Employer Shared Responsibility provision. Under the Affordable Care Act, the federal and state governments, insurers, employers and individuals have been given shared responsibility to bring reform and improve the availability, quality and affordability of health insurance coverage in America.