Undoubtedly, Saudi Arabia is the country which has witnessed the most number of MERS (Middle East Respiratory Syndrome) cases. To tackle this, the health officials and the agriculture ministry have issued an advisory.

It has been already reported that camels are most likely the active carriers of the virus MERS. On the basis of the evidences that camels are the carriers, the Agriculture Ministry has issued a statement. The officials have advised the people who handle the camels to wear protective gloves and masks while handling the camels. 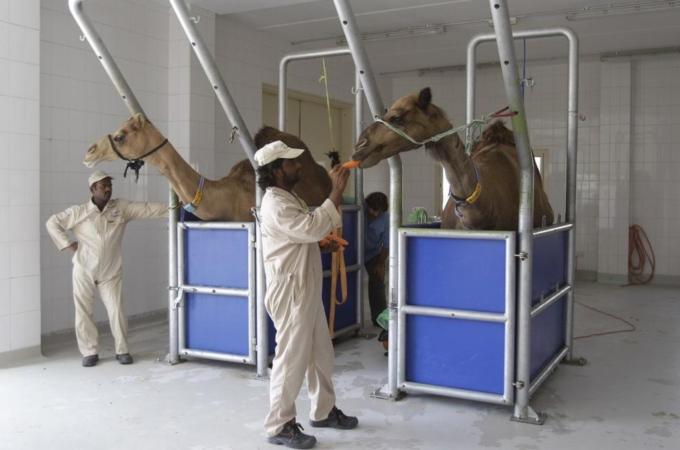 In a statement yesterday, the SPA said, “It is advisable to wear protective gloves, especially when dealing with births or sick or dead (camels).”

The ministry people have also advised only to eat well cooked camel meat. However reports have claimed that there has been a huge decline in the sale of camel meat since the outbreak of MERS.

The health officials have also suggested avoiding any unnecessary contact with the camels. For a question asked the Ministry of health (MOH) official has responded that every step is being taken curb the spread of Middle East Respiratory Syndrome virus.

Meanwhile, an official from WHO, the World Health Organization said more aggressive approach is needed to prevent the transmission of virus.

On being asked regarding the increase number of MERS cases in the Jeddah hospital, the official responded that it was mainly because of almost no preventive measures taken in two of the Jeddah’s busiest hospitals. The officials could have done better.

It was already reported that the head of Jeddah hospitals has been already removed and replaced because of this incident.

MERS, which was first reported in China in the year 2002, has already claimed over 415 lives in the Kingdom of Saudi Arabia.

Meanwhile, a person suspected for MERS symptoms in Munster is tested negative. If tested positive it could have been the second reported case in the United States.

Earlier, an Indiana man who travelled to Saudi Arabia recently was diagnosed with Middle East Respiratory Syndrome. The Community Hospital reported that the patient is fully recovered and cleared for travel.