You are here: Home / Tech & Science / Human Muscles, Brain traded off their energy use – Evolution study

A new study has made a ‘weedy’ revelation about the human evolution.

According to the researchers, essential molecules have changed more rapidly in human muscle than in the brain over the course of evolution.

During the study, the researchers found that the rate of change in muscle was 10 times that seen in chimpanzees. Comparatively, the molecules in the human brain had evolved four times faster.

“Our results suggest a special energy management in humans that allows us to spare energy for our extraordinary cognitive powers at a cost of weak muscle,” said lead researcher Dr Kasia Bozek, from the CAS-MPG Partner Institute for Computational Biology in Shanghai. 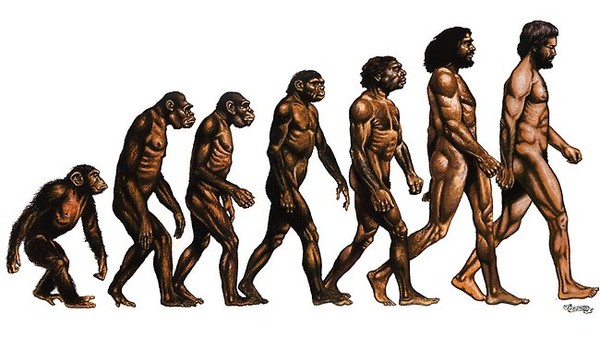 Biologist Roland Roberts says “weak muscles may be the price we pay for the metabolic demands of our amazing cognitive powers.”

The scientists have been noting for quite a long time that the major difference between modern humans and other apes is our possession of an oversize, energy-hungry brain. According to the scientists, it was the brain’s development that drove the evolution of early humans away from an apelike ancestor.

The researchers carried study on macaque monkeys to find the muscle changes were not the result of human lifestyle.

They focused on the evolution of metabolites – molecules like vitamins, amino acids, sugars and neurotransmitter (nerve signalling chemicals) with key roles in the way the body functions.

Co-author Dr Philipp Kaitovich, also from the Shanghai team said, “Metabolites are more dynamic than the genome (genetic code) and they can give us more information about what makes us human.”

The researchers found that humans have evolved weaker muscles much more rapidly than the rest of our body changed in the last six million years.

The study was published on Tuesday in the journal PLoS Biology.