Every obese person wants to lose weight and sometimes they are able to shed those extra kilos too. But the next hurdle comes to their way is adjusting and embracing with their own new body.

John Janetzko, a 24-year-old chemistry Ph.D. candidate at Harvard, struggled from the same situation when he lost significant 125 pounds and still felt he is fat.

These days, young Janetzko feels more confident and feel better about himself at a lean 165 pounds.

“I feel more generically attractive in terms of what society’s views are. But I guess I also feel like that was something I thought would be very quick, and would sort of happen right away,” he said.

Janetzko was obese since his childhood days and it was his pediatrician who made him realize his health condition. 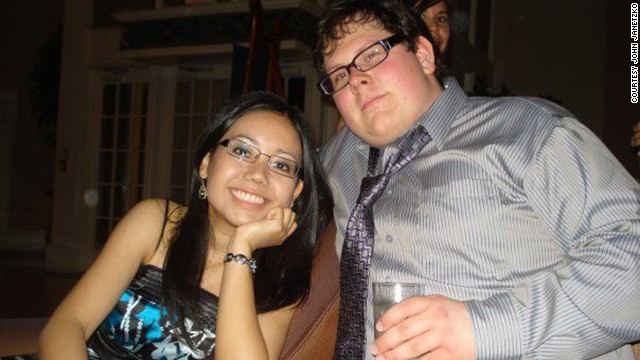 In the dearth of physical activities and bad eating habits, Janetzko continued pilling up more pounds during college. He weighed about 290 pounds by the fall of junior year.

“I would always be sort of afraid of how I thought people would think of me. I always expected my girlfriend at the time would find someone better,” he said.

It was during his college days in Toronto, when the first stage of Janetzko’s weight loss began.  A friend encouraged him to go to the gym. Janetzko had a disciplined life, i.e. going to the gym, focusing on jogging and light weights and having less greasy foods.

“I started with the idea that being very strict with my diet was the solution,” he said.

His father’s illness deviated him from his health regime during his senior year. His weight fluctuated.  The move from Toronto to Cambridge, Massachusetts and a breakup added to his woes.

He was about 240 pounds when he entered Harvard. But a new life was awaiting for him there. Graduate school jump-started his motivation again. “I’ve had so many changes, and it’s really time to have an absolute fresh start,” he told himself.

“I said, ‘What happened to you? Are they not feeding you?’ ” his father, Rainer Janetzko, remembers telling his son when he first visited after the weight loss.

But slim and athletic Janetzko still didn’t feel good about his looks in May 2012. Actually it was an awkward phase when he had lost a lot of weight, but his new body was still not completely acceptable to him.

“I would wake up in the morning, look in the mirror and feel like ‘Oh God, I’m fat and ugly and this is terrible,’ ” he said.

During his fluctuating weigh regime, he also suffered nutrition loss. But he referred nutritionists for help.

According to Emily Sandoz, assistant professor of psychology at the University of Louisiana at Lafayette, body image disturbance isn’t unusual when people lose weight.

“Their experience of themselves as fat extends far beyond their actual body. People have to learn how to be in their skin in a new way,” she said.

But with the passing time, Janetzko has been able to reconcile his weight with his new body image.

His message to those who want to lose weight and wish to know ‘How he did it?’…

“If you count your calories and you’re like, ‘I want to lose weight,’ you’re going to be stuck in that forever. But I think if you can make changes in your lifestyle that you actually want to be doing, and then you’ll do those no matter what — you enjoy them — then you never have to feel like you’re trapped in a routine, he said.