You are here: Home / Business / Ex-SAC Capital Manager Sentenced to 3½ Years in Prison for insider trading

Michael Steinberg, a former fund manager with SAC Capital Advisors LP was sentenced to 3 1/2 years in prison for insider trading, crowning one of the biggest triumphs for prosecutors who invested seven years inspecting the firm and its boss, Steven A. Cohen. 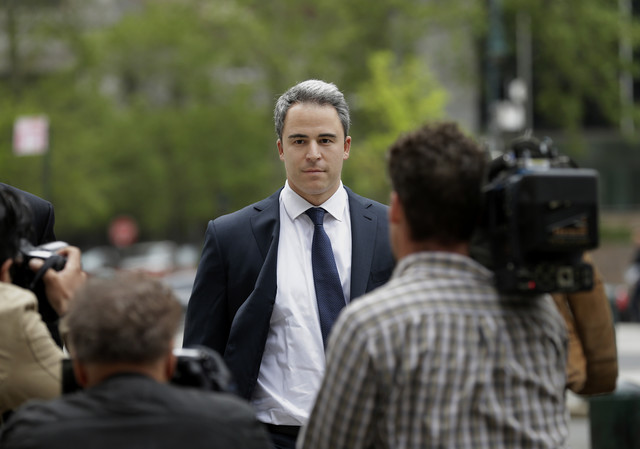 He was found guilty in December of an insider scheme involving tech stocks that garnered more than $1.8 million in illegal profits.

“For most people on the planet, $1.8 million of gain is a lifetime of accumulated wealth,” U.S. District Judge Richard Sullivan said before sentencing Steinberg today in Manhattan federal court. “Maybe in a hedge fund it’s no big deal, but it’s a lot of money to most people.” But in the eyes of the federal judge Steinberg is “basically a good man.”

Steinberg arrived at federal court for a sentencing hearing in New York on May 16.
A former fund manager for SAC’s CR Intrinsic Investors unit, Mathew Martoma, involved in what the government called the biggest insider trading scheme in U.S. history, at least by dollar value is to be sentenced next month.

Convicted in February Martoma was blamed by the prosecutors about aiding SAC Capital in making $276 million on illegal tips about an Alzheimer’s drug by trading in Elan Corp. and Wyeth LLC.

Steinberg’s lawyer, Barry Berke pursued a prison term of just two years, quoting his client’s charitable works, and debating about his less involvement in comparison to others convicted in the scheme.

Prosecutors however didn’t agree regarding the less involvement of Steinberg and asked for a term of 5 1/4 years to 6 1/2 years.

Dozens of family members and friends attended the sentencing and sent letters to the judge. The letters, Sullivan said, described positive aspects of Steinberg that set him apart from other defendants he had sentenced.