You are here: Home / Health / Drugs to combat alcoholism being received by few patients

As per the Centers for Disease Control, excessive use of alcohol or alcoholism is considered to be the 3rd major lifestyle related cause of death in the US. On an average, around 88,000 deaths are caused per year. As per a recent study, there are several drugs that have proved their effectiveness in the treatment of alcoholism and aren’t prescribed by doctors. 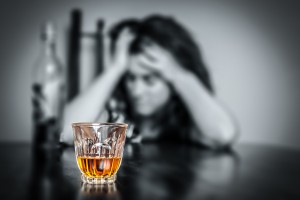 As per the study by JAMA or Journal of American Medical Association, it has been reported that medications are received by less than 10 percent of patients having alcohol use disorders as part of the treatment.

The efficiency of the drugs was reported in the terms of NNT or Number needed to treat. It is the average number of people who would be needed the drug for seeing the results in a person. The NNT is usually 1 for a particular drug, whereas the drug would show its effectiveness for all the patients who take it. The NNT for preventing return of heavy drinking was 12 using Naltrexone, which is orally administered.

Another drug is Disulfiram, which is given to patients for discouraging drinking. Same way, naltrexone is an opiate antagonist which works and prevents good feelings that are associated with usage of drugs or alcohol.