An early warning system has been developed by Scientists for alerting authorities for risk of dengue fever outbreaks during World Cup in Brazil. As per the analysis published in Lancet Infectious Diseases, it has been estimated that there are high chances of outbreaks of this infection disease that is mosquito borne.

It has been said that there are high risks of warranting high alert warning in 3 venues, Recife, Fortaleza and Natal. They come top of the group, on 29th of June, England will be seen playing in Recife. There are millions of fans who would travel to twelve  different cities and would host matches during World Cup. This would run from the 12th of June to the 13th of July. 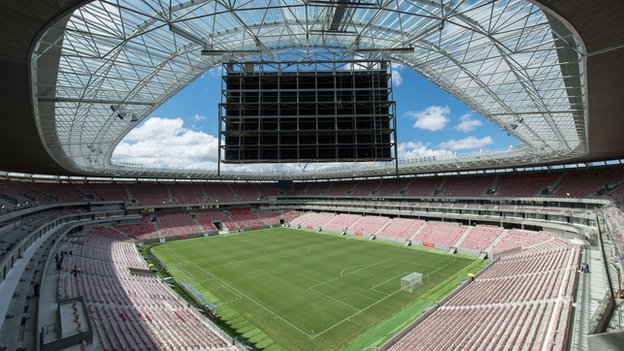 Most cases of Dengue Fever were recorded in Brazil than anywhere else in the world, between the year 2000 and 2013. There were around 7 million cases that were reported.

Dengue is a viral infection and is transmitted between the humans due to Mosquitoes. Life threatening illness can be caused due to it. There are no licensed treatments or vaccines. The risk of being bitten can be reduced with the help of insecticides, air-conditioning and screens. This system covers 553 microregions across Brazil. The team looked at the temperature and rain data from the year 1981 to the year 2013 and also the population density data and altitude.

There is low risk of dengue fever in Sao Paulo, Porto Alegre, Cuitiba, Cuiaba and Brasilia. However, it is predicted that the dengue risk may exceed medium levels in Manaus, Salvador, Belo Horizonte and Rio De Janeiro.