You are here: Home / Tech & Science / Connecting With Extraterrestrial World To Become Possible in 20 Years

During a conference last week before the U.S. House Science and Technology Committee, astronomers from the Search for Extraterrestrial Intelligence Institute (SETI) assured that humanity might only have to wait 20 years to contact the extraterrestrial world. 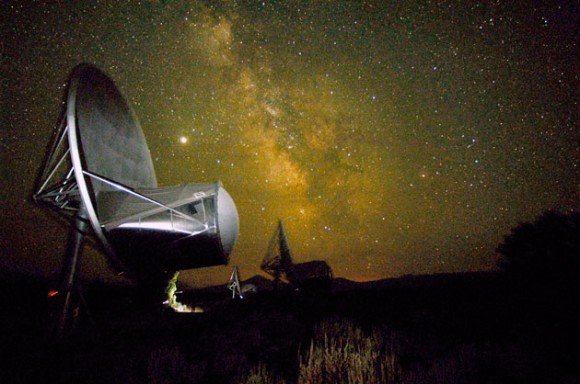 SETI scientists Seth Shostak and Dan Werthimer asserted that alien life could be proven using three different ways which are the ray of hope in searching the extraterrestrial life in two decades.

SETI’s Allen Telescope Array (ATA) has been continually scanning the sky for any signals that appear intentional, exoplanets being discovered en masse, and new technology on deck that can further investigate a select few of their (hopefully) Earth-like atmospheres, the chances that alien life if it exists in real will enhance each year.

If anyone is willing to support this venture — he can “stand up for space” and write the representatives to fund NASA’s planetary science budget, or make a donation to support SETI’s ongoing mission (or even via SETI@home.)

“At least half a dozen other planets (besides Earth) which might have life are in our solar system. The possibilities of finding it, I believe, are good and if it happens, it will happen in the next 20 years, depending on financing,” Seth said.

Of the three ways, one of the way ncludes the search for microbial life or the remains of intelligent life from beyond the Solar System.

The second technique presented by researchers rinvolves the use of a scanner to locate any sign of oxygen or methane in the atmospheres beyond the Earth,

The third project requires searching for alien life technologically through radio and other signals directed at space.

For the scientists, the fact that nothing has been found so far means nothing. “We have barely begun searching,” said Seth.