Microsoft’s new CEO Satya Nadella seems to have pulled up his socks to take up the new role with more confidence and enthusiasm.

In his first public interview as CEO at the Code Conference in LA, Nadella looked a more confident man as he spoke his mind about the company future endeavors.

His words showed his eagerness to avail all those opportunities that the company missed in the past.

During the conference, the easygoing and relatable Nadella called the tech industry in “the beginning of the post-post-PC era.”

Nadella expressed his desire of repositioning Microsoft as a “cloud-first, mobile-first” company that serves services and data to all sorts of devices and not just Windows.

“It’s a multi-device world where you build platforms and applications that span devices. From now on you’ll see us launch things on different platforms,” he said. 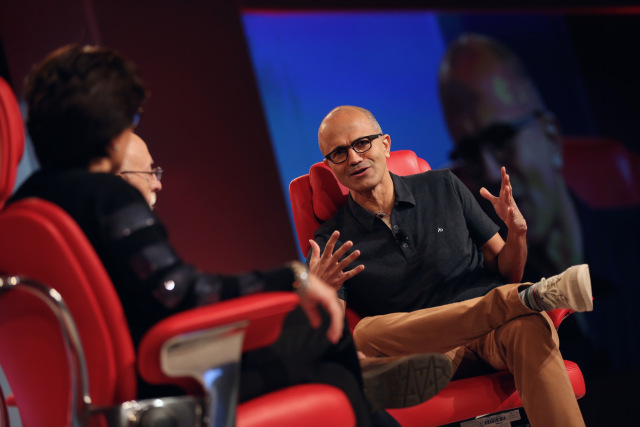 Nadella also quashed the rumours that said Microsoft is planning to sell its online search engine Bing to Yahoo.

“The company had achieved breakthroughs in understanding questions posed by the user and the human aspect of the same on its search engine. The search engine still manages to hold 18 percent of the search market and 30 percent from the search it powers on behalf of Yahoo,” said Nadella.

While talking about the neck-and-neck completion in today’s tech world, Nadella said, “Competition is not killing us. It’s our own ability to have an idea and go after an idea and make that happen. That’s what, at the end of the day, defines success.”

While summing up, Nadella said that the Microsoft is focused more on enhancing internal culture and is not looking at developments in other companies.

It’s been three months now since Nadella took over as the CEO of Microsoft. Some of the successful projects under his regime are: