Now you have the opportunity to see Komodo dragon as Bronx Zoo is organizing new exhibition on Memorial Day in New York City.

This would be for the first time in the Bronx that the visitors will get the chance to see a Komodo dragon during an exhibition called ‘Amazing Monitors’, said Wildlife Conservation Society in a press release.

According to the press release, adult male Komodo dragons can reach nine feet from nose to tail, and weigh up to 360 pounds, according to the release.

Bronx Zoo’s WCS Executive Vice President and Director, Jim Breheny, said in a press release, “By introducing visitors to Komodo dragons and the challenges they are facing in the wild, we hope people will take on an appreciation for this uniquely adapted species.”

“Perhaps we will even inspire the career of the next great herpetologist or conservation scientist to work in Indonesia to help save the remaining wild dragons,” he further added. 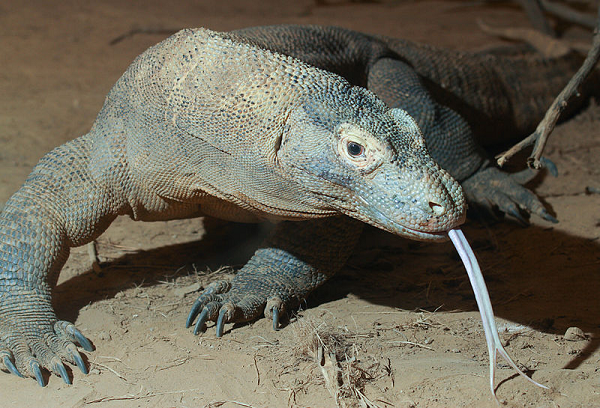 The exhibition will showcase three Komodo dragons, two females, and one male.

The exibit can be found at the Bronx Zoo’s Zoo Center building. The grand opening marks the first time the Bronx Zoo has shown off Komodo dragons since the 1950s.

Experts say their numbers are decreasing. There are fewer than 2,500 in the wild and possibly as few as 350 females, which are critical for breeding.

“Komodo dragons are one of nature’s most amazing creatures. They are the top predator in the environment in which they live,” said Breheny.

Komodo dragons, which is an imposing animal, have the ability to expand upto nine feet from nose to tail and weight 360 pounds when fully grown.

The press release said, “The Komodo’s bite can inflict a serious wound on their prey which often results in a quick death. In addition, their saliva contains a toxic mix of bacteria and venom fractions. If the prey is bitten and escapes, it is likely to die within a few days from the bite.”