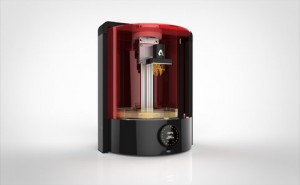 Autodesk has hopes of kick starting 3D printing in the same way smartphone development was spurred by Google, with a free Operating System.

On Wednesday, it was announced by the company that in this year end, an open software platform would be released by the company for 3D printing through which the makers of 3D printers don’t have to spend much on operational software. Its own 3D software would be sold at least for demonstrating the possibilities of the software.

There  has been a disconnect between designing objects and the ability of printing them said CEO of Autodesk, Carl Bass. It was seen that there are forty different types of printer software and this is what holds back.  The project was linked to the Android operating system of Google for smartphones which is available free of cost for any phone maker. Android, as a phone operating system has gained a lot of popularity in the world. Thus, Google gets the benefits to encourage customers for using the mobile products.

The price has not yet been disclosed by Autodesk but would usually cost around $5,000. A machine has been used by the company through which objects are made with projection of light on a photosensitive polymer for making architectural models, jewelry and parts for medical equipment. In other kinds of 3D printers, biological materials, plastic and metal are used. It is said that Spark would be used in the 3D printers, thus making them pervasive and cheaper.