A new study published in Nature indicates that Antarctica’s melting glaciers has launched so many icebergs into the ocean, the fastest pulse being the, 1A,  14,600 years ago that it has raised the sea level 6.5 feet (2 meters) in just 100 years.

The results are the first direct confirmation for dramatic melting in Antarctica’s past. 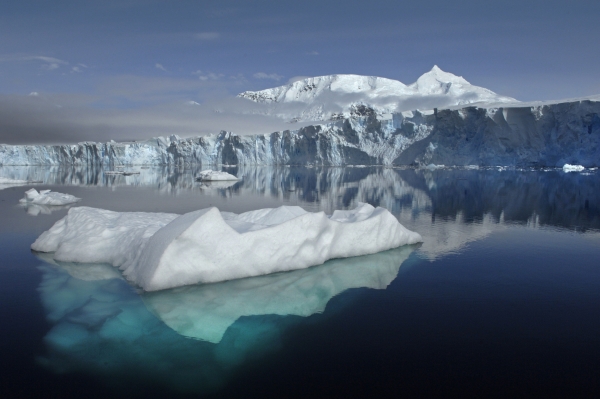 Researchers at UC Irvine and the Jet Propulsion Laboratory have announced results indicating that there is little hope that will stop their continuing retreat.

The ongoing process of retreat and destabilization will mean that the area will contribute to rising oceans for centuries.

“An unusually strong flow of warm water towards Antarctica may have triggered these events. Our model experiments reveal further that the associated melting in turn increased the warm water flow, thus providing a positive feedback. This is a perfect recipe for rapid sea level rise,” co-author Axel Timmermann, professor at the International Pacific Research Center of the University of Hawaii, said in the news release reported.

Researchers looked at dramatic iceberg calving that took place between 9,000 and 19,000 years ago.

The “long deep sea sediment cores” taken from the Falkland Islands and the Antarctic Peninsula were examined for this purpose.

“One of the iceberg events in our data that is of particular interest took place 14,600 years ago and coincided with a huge ice-sheet melt, the famous Meltwater Pulse 1A, which according to previous studies led to a global sea level rise of about 4 meters within 100 years,” the study’s lead author, the University of Cologne’s Michael Weber said in a statement.

“This is the first direct evidence that instabilities of the Antarctic ice sheet caused rapid sea level rise during the last glacial termination,” co-author Peter Clark, professor at Oregon State University, said in the news release.

The silver lining in the cloud is that the rise from the sheet’s melt won’t be occuring in full for at least 200 years, scientists said.

The results show that “small perturbations to the ice sheet can be substantially enhanced, providing a possible mechanism for rapid sea-level rise,” the paper’s authors write.

“Our paleo data of abrupt ice-sheet instabilities provide an important benchmark against which future projections of human-induced changes in Antarctic ice volume and global sea level can be evaluated,” Gerrit Lohmann, professor at the Alfred Wegener Institute, Bremerhaven, Germany, said in the news release.