You are here: Home / Tech & Science / Ancient Rock Paracas Art lines from 300 BC found in Peru

New rock lines discovered in Peru by a team of researchers with the University of California has led to the conclusion that lines of rock piles (geoglyphs) in the Chincha valley in southern Peru were older than the famous Nazca Lines by centuries.

The study was led by Charles Stanish.

The Nazca Lines are a series of ancient geoglyphs, built in the shapes of monkeys, birds and other animals located in the Nazca Desert in southern Peru. 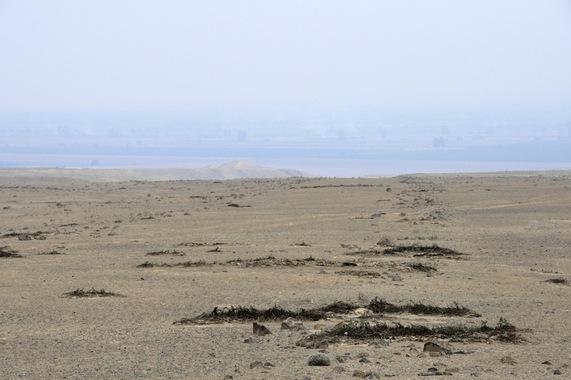 The new lines discovered date back to around 300 B.C., i.e. they predates Nazca lines by at least 300 years, said Charles Stanish, the director of the Cotsen Institute of Archaeology at the University of California, Los Angeles.

“They used the lines in a different way than the Nazca,” Stanish said  while adding, “They basically created these areas of highly ritualized processions and activities that were not settled permanently.”

The closest European analog, Stanish said, would be the medieval fairs that brought visitors from far and wide.

The lines are said to be created by Paracas’s people. Paracas was an 800 B.C. civilization.

According to a new study which was published in the Proceedings of the National Academy of Sciences, the Paracas credits with two types of geoglyphs, each acting like signposts helping lead the way to an ancient gathering place -somewhere similar to modern day fairgrounds.