A new study by the researchers at University of California, Los Angeles (UCLA) has found some glaring exposure about the changing lifestyle of the Americans who had been on statins to lower cholesterol and prevent cardiovascular diseases.

According to the study’s findings, the diet of the statin users in the United States have changed from those who used them 10 years earlier.

The study also found that these cholesterol-lowering statins have eventually given license to these people to increase their calorie and fat intake. The study has suggested that these patients might be abandoning heart-healthy lifestyles and assuming that drugs alone will do the trick.

According to the health experts, statins are often prescribed to reduce cholesterol and as a preventive measure for cardiovascular diseases. Millions of Americans are prescribed statins each year, either after a stroke or a heart attack, they said. 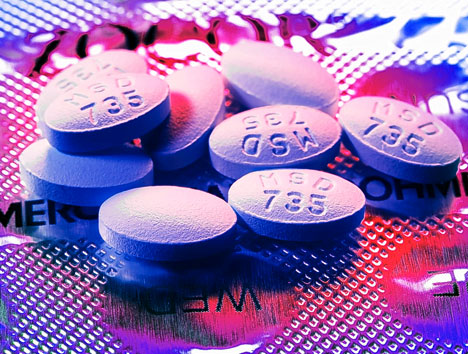 For in-depth analysis, the researchers compared the calories and fat intake of statin users and non-users and measured their body weights over a 10-year period. The study authors used data from the National Health and Nutrition Examination Survey.

The researchers found that in 1999-2000 the intake of fat and calories was lower in statin users than in non-users. Impressively, the difference of caloric intake became lesser over time and by 2005-2006 there was no difference between the groups.

But the condition started worsening by 2009-2010 when fat intake was up by 14.4 percent and the body weights of statin users had also increased. There was no significant rise among non-users.

For nearly a decade, many physicians and patients have lived by the mantra of driving down so-called “bad” cholesterol.

Under new guidelines from the American Heart Association and the American College of Cardiologists (implemented in November), a patient’s low-density lipoprotein cholesterol doesn’t matter as much.Instead the new guidelines will expand the use of statin drugs to almost 1 in 3 Americans from 16 percent currently. Everyone older than 40 with diabetes and those diagnosed with heart disease should be on a statin, regardless of their cholesterol count, the recommendations say.

The set of guidelines were issued after conducting an extensive review of recent medical studies. The findings of that review show that the long-held emphasis on reducing LDL cholesterol wasn’t based on much evidence

Statins are popular anti-cholestrol drugs that block a substance the body needs to make cholesterol, which can get trapped in arteries and ultimately lead to heart attacks and cardio vascular diseases. The drugs are especially recommended for people with diabetes or a history of cardiovascular problems.

A survey suggests, about one-quarter of US adults aged 45 and older take statins.

The study is published on the JAMA Internal Medicine site.