The fossil of a newly-discovered species called Eocasea martini is being described as a sort of missing link in the transition from carnivorous to herbivorous behavior in land animals.

Scientists have discovered a fossil of newly-found species Eocasea martini which may provide some vital information about the evolution of herbivorous. The study says it may be a missing link in the transition from carnivorous to herbivorous animals.

Elaborating upon the new development, the researchers said that the fossil could serve as crucial information about the caseids, the largest land animals around 300 million years ago, and how it gradually evolved from being carnivores to plant- eating herbivores. 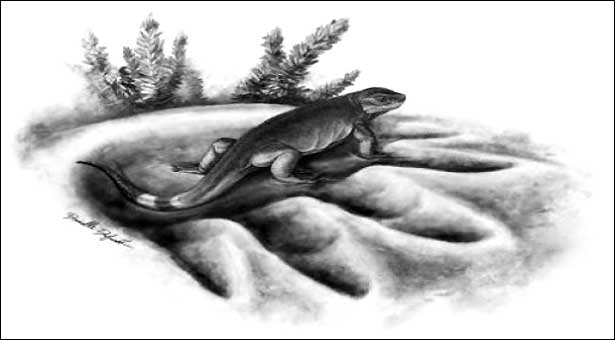 Study author Robert Reisz, who is also a paleontologist at the University of Toronto Mississauga, said, “The evolution of herbivory was revolutionary to life on land because it meant terrestrial vertebrates could directly access the vast resources provided by terrestrial plants. These herbivores in turn became a major food resource for large land predators.”

Another author of the study, Jörg Fröbisch of the Museum für Naturkunde and Humboldt-University, said, “Eocasea is one of the oldest relatives of modern mammals and closes a gap of about 20 million years to the next youngest members of the caseid family. This shows that caseid synapsids were much more ancient than previously documented in the fossil record.”

The researchers say that eocasea is the first animal to start eating vegetarian an turn out herbivores.

The study was published in the journal PLOS ONE.