The US space agency NASA has been constantly searching for life on other planets. Finding a ray of hope in this regard, the astronomers have discovered an earth-like planet orbiting the habitable zone of a cool star.

Kepler-186f is part of a multi-planet system around the star Kepler-186 which has five planets. According to the researchers, the newly identified planet is 1.11 times the radius of our planet.

Paul Hertz, NASA’s astrophysics division director in Washington, DC, said, “The discovery of Kepler-186f is a significant step toward finding worlds like our planet Earth.” 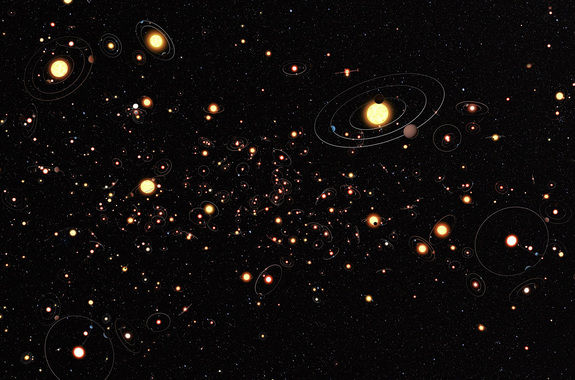 “We know of just one planet where life exists – Earth. Finding a habitable zone planet comparable to earth in size is a major step forward,” said lead author Elisa Quintana, a research scientist at the SETI Institute at NASA’s Ames Research Center in Moffett Field, California.

The scientists explain, Kepler 186 which is the host star of the newly found planet is an M1-type dwarf star. This connotes it would burn hydrogen forever. This shows that there is a huge chance of developing life around this particular star.

Co-author Justin R. Crepp, a professor of physics from University of Notre Dame in Australia, explains, “The intensity and spectrum of radiation from Kepler-186f indicate that the planet could have an earth-like atmosphere and water at its surface which is likely to be in liquid form.”