Measles are back again in the United States and the Centers for Disease Control (CDC) says this time it has increased at a startling rate.

The disease has disappeared in the U.S. due to the huge awareness about the vaccines among the people but the CDC report shows it has hit a 19-year high.

According to the CDC, the U.S. has witnessed 13 outbreaks and 130 cases till mid-April in 2014. California and New York City are the worst hit.

The CDC suspects the virus that is leading to measles is mainly triggered by the affected travelers who are spreading it in the United States among unvaccinated people. Many Americans have visited Philippines in the recent past 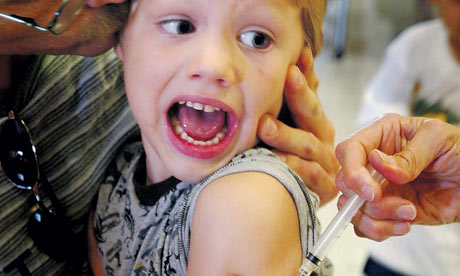 where a measles epidemic has caused at least 20,000 illnesses.

The CDC is worried about the growing cases of measles.

“This increase in cases may be a `new normal,’ unfortunately,” said Dr. William Schaffner, an infectious disease expert at Vanderbilt University in Nashville.

School-age children who have not received their second dose of the MMR vaccine.

Adults who have not received at least one dose of the MMR vaccine.