Five more people have died in Saudi from the Middle East Respiratory Syndrome (MERS) coronavirus, the Ministry of Health said.

With these deaths the total death toll in the country has reached to 92.

In a statement released overnight, the ministry said that 14 new cases of Middle East Respiratory Syndrome were detected in the kingdom, taking the total cases reported so far to 313.

Of the 14 new cases, seven were in Jeddah, four in Riyadh, and three in Makkah. The patients also include four nurses, including two in Makkah and one each in Riyadh and Jeddah. 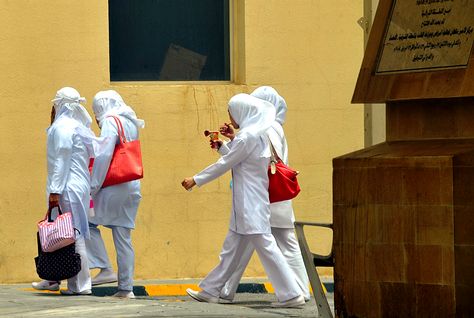 The first case of MERS was reported in Egypt. According to Egypt’s Ministry of Health, an Egyptian citizen had recently returned from Saudi Arabia. Health officials believe he may have acted as carrier of the disease.

The 27-year-old patient is getting treatment for pneumonia at a Cairo hospital and is in a stable condition, the ministry said in a statement.

He is from the Nile Delta and lives in the Saudi capital Riyadh.

The virus can cause coughing, fever and pneumonia. The virus was first emerged in September 2012.

Two elderly Palestinians and a Bangladeshi woman (in her 40s) were among the five who died from the outbreak, the statement said. The two other victims were Saudis.

The situation is worrisome in Jeddah and people are under huge threat after the resignation of at least four doctors at city’s King Fahd Hospital who refused to treat patients for fear of infection.

On Thursday, King Abdullah visited the Red Sea city and commercial hub to monitor the situation and give reassurance to the people as fear of the virus looms large.

National Guard Minister Prince Mitab said his father King Abdullah went to Jeddah “to reassure the public and to prove that the exaggerated and false rumours about coronavirus are not true.”

“The MERS situation is reassuring and it has not reached the level of an epidemic,” he said.

Meanwhile, the World Health Organization (WHO) has announced that it had offered to send international experts to Saudi Arabia to investigate the outbreak and search for any evolving risk associated with the transmission pattern of the virus.

The MERS is one of the most deadly diseases. However, it is less-transmissible than SARS virus which erupted in Asia in 2003 and infected 8,273 people, nine percent of whom died.