Researchers have found that change in pattern of handling and positioning of the newborns immediately after their birth may help in improving the use of delayed cord clamping, besides improving the iron levels in the infants.

In general practice, the doctors generally wait for about two minutes after birth for the clamping of umbilical cord. This allows more blood to pass from the mother’s placenta to the baby, previous research has found.

But the current research has suggested that the baby be held at the mothers’ placenta level before the umbilical cord is clamped.

For the study, the researchers included 197 babies who were held in the similar fashion as recommended. While another 194 babies involved with the study were immediately placed on the mother’s stomach or chest. 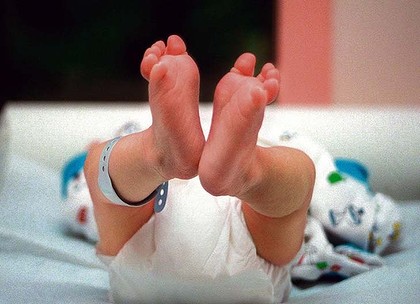 The researchers found that similar volume of bloods was circulated to babies from the mothers’ placenta in both the groups. The researchers concluded that the babies’ placement on the mother’s stomach or chest was as effective as the currently recommended awkward position.

“Iron deficiency in newborn babies and children is a serious public health problem in low-income countries, and also prevalent in countries from North America and western Europe,” lead author Nestor Vain, of the Foundation for Maternal and Child Health in Buenos Aires, said while adding, “Our study suggests that when umbilical cord clamping is delayed for two minutes, holding the baby on the mother’s chest or abdomen is no worse than the currently recommended practice of holding the baby below this level.’

The study was published on April 16 in The Lancet.