You are here: Home / Health / Arthrtis Progression in Women is Slower who Drink Milk

Health experts always recommend milk drinking as they say they are good for bones. A new study has found some scientific evidence into it.

A new US study has found that women who drank more milk witnessed a slowdown in knee arthritis.

The researchers, however, made it clear that it was not certain milk was the only reason for the slower progression of arthritis, as they found no effect of milk in men suffering the disease. But they say, the results prove that nutrition may help to keep arthritis at bay.

Dr. Bing Lu says milk is an excellent source of vitamins, minerals, dairy calcium and protein. It has long been recognized for its important role in bone health.

Lu is the lead author of the study and works at Brigham and Women’s Hospital in Boston.

Arthritis causes pain and swelling of joints in the hand, hips or knees. The space between bones in the knee narrows with deteriorating arthritis.  Arthritis affects more than one third of Americans over age 65, says the Centers for Disease Control and Prevention.

For the study, the researchers analyzed data from a study launched in 2002 by the National Institutes of Health and focused specifically on osteoarthritis of the knee. 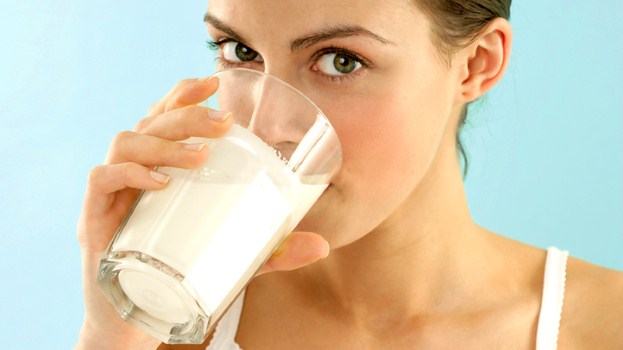 The study involved 2,148 participants with 3,064 arthritic knees patients. They included 888 men and 1,260 women, who were all, on average, in their early 60s at the beginning of the study.

The participants were surveyed about their diets. They were also asked about their milk drinking habit during the previous 12 months and how much they drank.

X-rays were also used to measure changes in joint space width in the affected knees.

The participants were followed regularly at 12, 24, 36 and 48 months after the initial examinations and surveys.

There was no such link between milk consumption and joint space width changes seen among the men.

When they compared the changes in joint space width among the participants over time, they found the width had decreased by 0.38mm in women who drank no milk at all, by 0.29mm in those who had up to six glasses of milk a week and by just 0.26mm in those who had more than seven glasses.

“The gender differences in the relationship of milk consumption with osteoarthritis progression are not completely understood. Sex differences have been noted in the prevalence, incidence and severity of arthritis for many years,” Lu said.

The study was published in Arthritis Care and Research.